While it is rare to be convicted of criminal tax fraud (the IRS estimates only 0.0022 percent of taxpayers per year are convicted), when it happens, it’s a serious charge that can result in fines in the hundreds of thousands of dollars, and up to five years in prison. The attorneys at the Law Firm of Shein & Brandenburg understand the complexities of the United States tax laws and will guide you through the difficult process of defending tax fraud charges.

What Is Tax Fraud?

Tax fraud is defined as the willful misrepresentation or falsification of 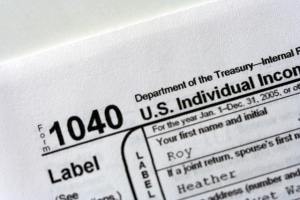 information on a tax form in order to avoid tax liability. Tax evasion is one type of tax fraud that usually entails a person or corporation failing to report taxable income. However, tax fraud also can include such actions as overstating exemptions and/or deductions, claiming a non-existent dependent, claiming personal expenditures, keeping two sets of books, and filing under a false social security number. In most cases, tax violations result in civil penalties that include paying the unpaid tax, plus penalties. In a few cases, the government chooses to prosecute it as a criminal offense.

The United States differentiates between tax fraud and negligence. Making an honest mistake on a tax form is considered negligence and is not a crime. For the government to charge you with tax fraud, there must be reasonable suspicion that you intentionally gave false information on your taxes.

If you are facing charges of criminal tax evasion or tax fraud, the burden of proof is on the government, not just to prove that you filed taxes incorrectly, but that you deliberately gave wrong information to avoid paying taxes. This is to your advantage because intent is difficult to prove. This is why, in the vast majority of tax fraud or negligence cases, the government chooses to levee civil fines as opposed to indicting on criminal charges. Criminal tax fraud charges are usually only filed when there is significant evidence of intentional fraud, or when the sum of money involved is especially large.

On the other hand, because the tax laws are so complex, it is also relatively easy for someone who makes an honest mistake to be suspected of tax fraud, which is exactly why you need an experienced criminal defense attorney in your corner if you are charged with a tax crime. We have an excellent track record when it comes to tax-related crimes, and we may be able to negotiate your charges down to manageable civil penalties (or if the evidence is strong in your favor, even have the penalties eliminated before you ever go to court. And if your case proceeds to trial, we will come fully prepared to defend your case aggressively in the courts.

Tax Fraud and Tax Evasion are different crimes under the federal criminal code. Tax fraud is a crime that can involve filing false tax claims in other people’s names; acting as a tax preparer and filing tax forms from stolen identities whether living or dead. Tax evasion is filing no forms or evading the filing of taxable funds. Taking money from other sources without claiming it such as cash or money orders when it should be claimed as income is also Tax evasion. This includes failing to file returns; false statements on returns and false claims for deductions. Attempting to evade taxes is also a crime. Tax fraud or evasion charges can also include money laundering charges and aggravated identity theft which carries a mandatory minimum of 2 years consecutive to any other offenses charged. Here are a list of some of the potential tax crimes;