The intersection of criminal law and immigration law is a complex one, to say the least. If you’ve been accused of immigration crimes, it’s essential to have an experienced defense attorney in your corner, one who understands the ins and outs of the laws governing your case. The Law Firm of Shein & Brandenburg in Atlanta can provide expert counsel and representation, both to defend against unwarranted charges and to make sure your rights under the law are protected.

While the debate on immigration reform continues to rage in Washington, many states have continued to crack down on illegal immigration. Not only is it against the law to enter the U.S. without proper documentation, but there are a number of other possible crimes related to immigration, as well.

By far, the most common immigration crime is illegal re-entry. If you are an immigrant who has been removed or deported from the U.S., or denied admission to the U.S., it is a federal felony to attempt to cross the border without approval from the United States. If you are convicted of illegal re-entry, you may be fined and imprisoned. For illegal immigrants who commit other crimes, the laws can be even more complex, and the punishments more severe. If you were deported due to drug-related crimes or violent crimes, for example, and you attempt re-entry, your fines and prison sentence may be much longer.

U.S. citizens can be charged with immigration crimes, as well. Federal law makes it a felony for any person or business to knowingly aid, abet, harbor or encourage illegal aliens in any way—including, but not limited to, concealing, transporting, employing or assisting them in finding employment.

Our Atlanta criminal defense attorneys have an excellent track record in 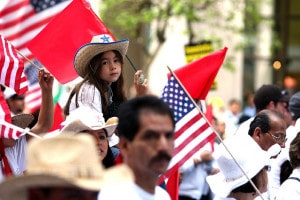 mounting effective defenses against charges like yours. We will conduct a thorough investigation of the facts and circumstances surrounding your case, advise you of your rights and your options, work to have unwarranted charges dropped, explore pre-trial options such as mitigation of charges and plea bargains, and defend your case aggressively if it goes to court. In the event you are convicted, we will continue to represent your interests effectively after the trial with such strategies as appeals and sentence reduction.