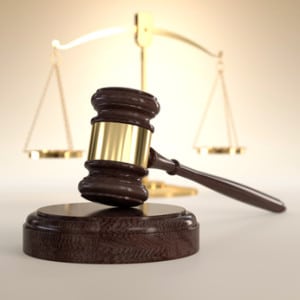 Strictly by the numbers, most crimes in the U.S. are tried in state courts. Each state has its own set of laws and court structures for enforcing the law and trying criminal cases, so the procedure for state trials can vary from state to state.  A good criminal defense attorney will be well versed in the nuances and complexities of the laws and court procedures in the state where he/she practices law.

How is it determined whether a case is tried in federal or state court? Generally speaking, if an action violates state law, the state has jurisdiction and will usually try the case in its own court system. On the other hand, if the crime takes place under direct federal jurisdiction (e.g., on the high seas or on federal property), if the criminal activity crosses state lines, or if the crime is a matter of national security, the case is tried in federal court. In many instances, there is overlap between federal and state jurisdiction; in such cases, the decision will be made to try the case in either federal or state court (usually not both). As a rule of thumb, for crimes that violate both federal and state laws, the federal government will defer to state jurisdiction unless there is sufficient reason to do otherwise.

The court systems and procedures for trying criminal cases at the state level are slightly different for every state. Depending on the nature of the charge and the state in which your crime allegedly occurred, your case may be tried in a county court, district court, trial court or superior court (all of which are different names for various lower courts at the state level).  Additionally, each state has its own structure and procedures for appealing convictions at the higher court level. All states have a structure in place for grand jury indictments (especially for felony charges), but not all states actually require them in all cases. Finally, the trials themselves will be governed by certain sets of rules and protocols that are unique to each state.

This being said, there are a number of elements that are common in most state trials. The following stages of trying a criminal case may not take place in the exact order as listed below, but most will be present in state cases:

When you come under suspicion for a crime, authorities may launch an investigation first, to determine whether there is probable cause to charge you with a crime.

If you are caught by law enforcement in the commission of a crime, or if there is sufficient reason to believe you are involved in a crime, you may be arrested even before being formally charged. If no charges are filed within a brief amount of time (usually 48-72 hours, depending on the state), you must be released.

Depending on the nature of the crime, this can be in the form of a grand jury indictment or an “information” or “accusation” filed by the prosecutor.

This is a court hearing in which the charges against you are read, and in which you enter a formal plea to the charges.

This is when the jury will be selected and when each side develops its case. It is also the time when your attorney may file applicable pre-trial motions and begin negotiations to get charges reduced or dropped.

The prosecution and the defense present their arguments in court, call witnesses, cross-examine one another’s witnesses, etc. The jury then withdraws privately to consider the evidence and determine guilt or innocence. Only a unanimous jury vote can convict you of the crime(s).

If you are found guilty, your attorney will usually begin the process of appealing your case to the higher courts. If egregious errors are found in the handling of your trial, it may result in reduced sentences and even overturned verdicts.

In the State of Georgia, where the Federal Criminal Law Group is located, different courts are designated to handle different kinds of state trials. Municipal and magistrate courts in local communities generally oversee small local offenses, issue arrest warrants and conduct preliminary hearings. Misdemeanor criminal offenses are generally tried in the state court within the county where the offense took place, while all felonies are tried in one of 49 superior courts. Georgia also has four state Courts of Appeals, as well as a Supreme Court.