Being convicted of a crime is not necessarily the end of the story. If you’ve been convicted of a federal or state crime, what happens during the sentencing stage of your case can have a profound impact on the severity of your sentence and how much time you serve. For this reason, it’s just as important to have an experienced criminal defense attorney in your corner during the sentencing stage as it is at any other point in your trial.

What Happens During Sentencing 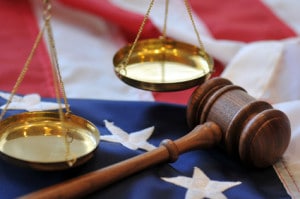 During the sentencing stage, the judge presiding over your case weighs the circumstances surrounding your conviction in order to determine an appropriate penalty. The federal court and state courts each have their own rules and procedures for this part of the trial. Sometimes the sentence may be handed down immediately (especially for misdemeanor charges), while in federal cases, it is usually several months between a conviction and sentencing.

If a sentencing hearing is held, the judge frequently hears testimony from the prosecution, the defense attorneys, friends and family, and the defendant, before passing sentence. This is generally considered the last opportunity for you and your attorney to plead your case for leniency, and often it can make a difference in the severity of the sentence. If the sentence is deemed too harsh (or if you entered a plea agreement and the judge’s sentence does not honor the agreement), you have the right to appeal the sentence along with the conviction.

The federal court system has a fairly specific procedure for sentencing. After you’ve been convicted, a probation officer will usually interview you (preferably with your attorney present) to prepare a pre-sentencing report (PSR) detailing the context of the criminal offense, including your prior history, family status, finances, etc. This personal information is not part of the court record, but is taken into account by the judge when determining your sentence. The judge will also consult the United States Sentencing Guidelines (USSG), which prescribes penalty ranges for federal crimes based on offense levels and prior history (unless your offense carries a mandatory sentence). The sentencing phase concludes with a hearing where the judge hears further testimony before passing sentence. All told, the federal sentencing process usually takes between 75-90 days after the conclusion of the trial.

Every state court system is a bit different with regard to sentencing procedures, and it’s important to have a criminal defense attorney who is knowledgeable of the specific procedures in your state. Here in the state of Georgia, the judge will usually pass sentence immediately on conviction for misdemeanor offenses; with felonies, the procedure may take longer. As with federal cases, the court may choose to order a pre-sentencing investigation in which a probation officer will gather pertinent information for the judge to consider when determining sentence; there will likely also be a sentencing hearing where further testimony can be given. However, unlike federal courts, Georgia does not subdivide felonies or misdemeanors into offense levels; a felony is basically a felony. The Georgia State Code prescribes a sometimes-broad range of sentences for specific felonies (including seven felonies carrying mandatory sentences). Otherwise, sentences are determined on a case-by-case basis.  If the sentence is deemed too harsh or violates the terms of a plea agreement, you may appeal.

Our Experience with Federal and State Sentencing