If you are facing federal charges in the State of Georgia, your case won’t be tried in state court, but rather in a U.S. District Court in the state. Georgia federal trials follow a slightly different path than state trials, which is why it’s to your advantage to hire a skilled attorney with federal court experience when defending against federal charges.. 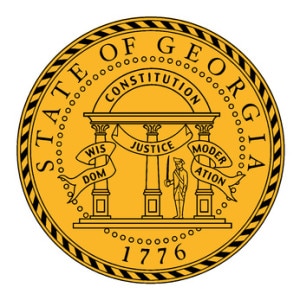 The State of Georgia is part of the 11th Federal Circuit (which also includes Florida and Alabama), with the Court of Appeals for the 11th Circuit conveniently located in Atlanta. Georgia itself is comprised of three federal districts (Northern, Middle and Southern), each of which is subdivided into 4-6 separate divisions, for a total of 15 U.S. District Court locations spread across the state. This structure helps the federal government to maintain a local presence so cases can be tried near the locales where alleged offenses took place. Court is presided over by a number of District Court judges who are appointed by the President of the United States and confirmed by Congress.

The process of charging and prosecuting federal crimes is slightly different than that of state crimes. In most circumstances, by the time a warrant is even issued for your arrest, U.S. Attorneys have already conducted a thorough investigation of the allegations against you, with or without your knowledge. If the case involves felony charges (for drug crimes or insurance fraud, for example), the attorney has also gone through the process of obtaining a formal grand jury indictment against you. This means that by the time you even realize you’re under suspicion, the federal government may already have accumulated a solid amount of evidence in your case.

After your arrest, you will enter a plea to the charges at a formal arraignment, at which point the pre-trial process begins. Your defense attorney will receive “discovery” from the prosecutors, consisting of the documentation upon which the government is basing its claims. Your attorney will also file any appropriate pre-trial motions, as well as offer you advice as to negotiating for reduced charges or plea bargaining, depending on the weight of the evidence. This phase of the trial is critical because the federal government actually wishes to avoid going to court, and will often agree to lesser charges and penalties during pre-trial negotiations.

For cases that do go into the courtroom, Georgia federal trials are held in the U.S. District Court with jurisdiction over the place where the alleged crime(s) occurred. The trial process is likely to be familiar at this point: Both sides present their case before a jury of 6-12 citizens, including presenting evidence, calling and cross-examining witnesses, and opening and closing statements. The evidence presented must be enough to convince the ENTIRE jury either to convict or acquit you of the charge(s). Anything less than unanimous agreement will result in a mistrial.

If you are convicted, your attorney may appeal the verdict to the Federal Court of Appeals in Atlanta, who will review the case to ensure that you were not denied due process during any key part of the trial. If your attorney convinces the judges that significant errors during the trial may have violated your rights, the Court of Appeals may overturn the verdict or mandate other corrections.

Our Experience with Georgia Federal Trials

Because federal cases tend to move more quickly than state cases, and because each federal court has its own local rules for procedure, it’s of the utmost importance to hire a criminal defense attorney with specific experience working with the federal courts who are handling your case. As a member in good standing of all three Federal Court Districts in Georgia (as well as the 11th Circuit Court of Appeals and the U.S. Supreme Court), attorney Marcia Shein has extensive experience in Georgia federal trials, with a track record of success not only in federal court, but also in pre-trial and post-trial negotiations at the federal level.