Every state court system is different with regard to its sentencing procedures. Because a lot can be accomplished to minimize your sentence even after you’re convicted of a crime, it’s important to have a criminal defense attorney who is familiar with your particular state sentencing procedures. 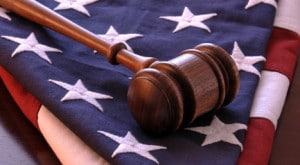 For minor offenses and misdemeanors in many states, the presiding judge may sentence you immediately after a guilty verdict is pronounced, or if you have entered a guilty plea. For felony offenses, the process is usually more complex. The judge will often request a pre-sentencing report and other documentation before issuing a sentence, as well as consulting the state’s sentencing guidelines for the crime in question. There will often be a sentencing hearing weeks or even months after the conclusion of the trial, at which point prosecutors, defense attorneys, and friends and family may be allowed to speak before the judge passes sentence. In some states and for some crimes (especially those involving the death penalty), a jury may be involved in the sentencing process. In most cases, a sentence may be appealed to a higher court if it seems particularly harsh, or if the judge failed to honor a plea agreement. A defense attorney who is well-versed in state sentencing guidelines will be able to advise you during each stage of the process to give you the best chances for leniency.

Sentencing in The Sate of Georgia

If you’re convicted of a misdemeanor offense in the state of Georgia, the judge will likely sentence you upon conviction. However, if you’re convicted of a felony, the process gets a little more complex. The judge will set a sentencing date sometime after the trial concludes. During this time, he/she takes several things into account when determining your sentence, including the following:

Our Experience with State Sentencing

The more experience your criminal defense lawyer has with state sentencing procedures, the better your chances of obtaining leniency or reduced sentencing. The attorneys of the Federal Criminal Law Center are highly knowledgeable in the complexities of Georgia state law, and have an excellent track record of negotiating mitigated sentences for their clients.