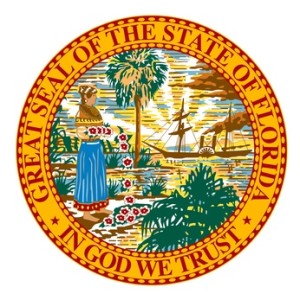 For federal offenses committed in northern Florida, trials are held at the U.S. District Court for the Northern District of Florida, rather than in one of Florida’s state courts. If you are accused of a federal crime in this area, it’s important that your criminal defense attorney be knowledgeable about federal court procedures in general, and experienced with North Florida federal trials in particular.

Florida is part of the 11th Federal Court Circuit, along with the states of Georgia and Alabama. The State of Florida is comprised of Northern, Middle and Southern federal districts, with courthouses located in multiple cities throughout each district. The Northern District of Florida is subdivided into four divisions serving between 4-8 counties each, with U.S. Courthouses located in Tallahassee, Pensacola, Panama City and Gainesville. Appeals from these courts are heard at the U.S. Court of Appeals for the 11th Circuit in Atlanta, GA.

North Florida federal trials take a slightly different path than trials held at state court, which can be both an advantage and a disadvantage to defendants charged with a federal crime. The disadvantage is that federal charges are only filed after a sometimes-lengthy investigation, and felony charges like tax fraud or drug crimes require prosecutors to obtain formal grand jury indictment against you. This means that by the time you even realize you’re under suspicion, chances are federal prosecutors already have a fairly strong case, leaving you little time to mount a defense. On the other hand, the advantage is that the federal government doesn’t actually like to take cases to trial, which means that they are more favorable to negotiation during the pre-trial stage. In both cases, having a defense attorney who skilled in federal cases can very much work to your advantage.

If your case goes to court, the trial will be held at one of the four U.S. District Courthouses within the District of Northern Florida, depending on where the alleged crime(s) took place. A U.S. District Court judge will preside over the trial, with a jury of 6-12 citizens in attendance. As with most criminal trials, both sides will have the opportunity to present evidence, call witnesses, and cross-examine witnesses for the other side. When the jury retires to deliberate, they must be unanimous in their decision either to convict or acquit you. If they fail to come to consensus, the judge will declare a mistrial.

In the event of a guilty verdict, your attorney may appeal your case to the 11th Court of Appeals in Atlanta, who will review the case for possible significant errors that may have affected the outcome of the trial or prevented you from due process under the law. If your attorney can convince the judges that such errors exist, the appellate court may reverse the lower court decision or call for modifications.

Our Experience In Florida Federal Courts

Because of the differences between federal and state trials, and because federal courts each have their own local rules of procedure, if you’re charged with a federal crime in northern Florida, it’s in your best interests to hire an attorney with lots of experience in the federal district courts of this area. As a member attorney in good standing of the U.S. District Court for Northern Florida, Marcia Shein has the experience and knowledge needed to mount an effective defense in North Florida federal trials.