When you are convicted and/or sentenced for a crime, the decision of the jury and the trial court are not always the final word. If there is evidence that errors or procedural failure may have negatively affected the outcome of the trial, or that your rights were violated during the process, the court’s decision may be reversed or modified through proper appeals.

Despite all efforts to guarantee that every accused person receives a fair trial, mistakes often occur. Improper evidence is admitted, evidence is tampered with or polluted, juries are improperly vetted or influenced, procedure is not followed, clerical errors occur—the list goes on. Many times, these errors can result in an unfair ruling against the defendant, or a sentence that is disproportionate to the crime. The appellate court system acts as a check and balance to review the decisions of the trial courts, attempting to ensure that laws are being properly applied, procedures are properly followed, and that the citizens’ rights are protected. Thus, you not only have the legal right to appeal your conviction, but you also have the right to appeal the severity or appropriateness of your sentencing.

Each state has its own court hierarchy and appeals structure for cases under its jurisdiction, and the federal government also has its own court structure and protocol for appealing federal criminal cases. While there is occasionally overlap between the two (some state cases can be appealed at the federal level), the appeals process usually occurs within the jurisdiction where the crime was committed. If you’re convicted of a federal crime, your attorney will file appeals at the federal level; if you were tried and convicted by the state, your appeals will go through the state courts. 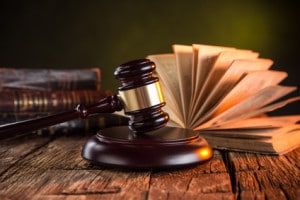 Because court cases are complex, there are many places for legal errors to occur; thus, there are numerous aspects to each case that can be appealed. However, most fall within two categories: direct appeal, which asks the higher court to review the verdict itself based on the evidence; and collateral appeal, which is a post-conviction appeal usually intended to reduce or vacate the sentence. There are variations in the procedures based on whether it is a federal or state case, but the underlying principles and defense strategies are similar.

The U.S. judicial branch operates on a 3-tiered court system. The federal government has established 94 districts throughout the U.S. and its territories (including Puerto Rico, Guam, etc.), each of which is overseen by its own district court. These are the courts where federal criminal appeal cases are tried. Above these districts are 12 circuits, each of which is overseen by a circuit court of appeals (plus a 13th Court of Appeals for the Federal Circuit designated for specific cases). The U.S. Supreme Court is the highest tier.

When an unfavorable verdict is reached at the district court level (and/or an unfavorable sentence is handed down from that court), the defense may appeal the decision using a number of different arguments claiming either legal error or denial of the defendant’s rights. These appeals are reviewed by the circuit court of appeals overseeing that district. If further appeal is necessary, the defense may submit it to the U.S. Supreme Court, which reviews cases at its own discretion.

The individual states also have their own established court systems, many of which follow a tiered structure similar to that of the federal government (i.e., trial court, appeals court, state supreme court). Each state will have its own variations in structure and procedures; your defense attorney should have a keen understanding of how the appellate system works in your state, and the types of appeals that can be submitted.

How The Appeals System Works

If a conviction occurs, the appeals process usually begins immediately at the conclusion of the trial because there is typically a short window for the proper appeals to be filed. The attorney will begin by filing a notice of appeal, after which he/she will prepare a written brief detailing the reasons for the appeal, citing specific instances in which errors or miscarriage of justice have resulted in a wrongful conviction or sentencing of the client. This formal appeal is submitted to the appellate court directly over the trial court.

If the appeals court determines that there is either clear error that affected the outcome of the case, or that the presiding authorities in the case misused their power in any way, they may overturn the verdict and/or the sentence. They may also remand the case back to the lower courts for further proceedings or a retrial.

In most cases, the ruling of the court of appeals is final. If either party is dissatisfied with the ruling, they may further appeal the case to a higher court (usually the state supreme court or U.S. Supreme Court), but these courts review cases at their own discretion, and usually only when the case presents a constitutional question to be answered. In some cases, a defendant may also appeal a ruling made by a state supreme court to the U.S. Supreme Court.

The Court Of Appeals Does Not Re-Try The Case

The job of the court of appeals is not to re-try your case or to hear new evidence, but simply to review the details, evidence and findings of the lower courts. In the majority of appeals cases, the court is able to make a ruling based only on the attorneys’ written briefs and a review of the case, and the attorneys won’t even appear in court; in a few cases, the attorneys will appear to present oral arguments, usually under a short, strict time limit. Because the window to present the argument is small and limited, it’s imperative to have an experienced defense attorney who can state your arguments skillfully and succinctly, both in written and oral form.