The pre-trial phase of a criminal court case is sometimes more critical than the trial itself, because what happens before the trial can have a profound impact on your case.  When you’re charged with a crime, a criminal defense attorney who is experienced in pre-trials strategy can act quickly to have charges reduced, exclude unfair evidence from being presented at the trial, and in many situations, avoid a trial altogether.

What Happens During the Pre-Trial Stage 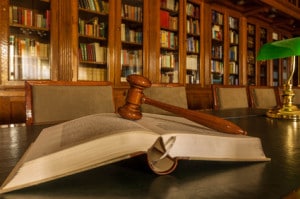 The period of time between when you’re formally charged with a crime and when your trial takes place is commonly called the “pre-trial.” During this time, you will enter a plea to the charges against you, and the prosecution and defense will both begin preparing their case to present in court. This preparation may include continued investigations, deposition of witnesses and gathering further evidence. But during this stage, there may also be pre-trial conferences and preliminary hearings, as well as other opportunities for your attorney to negotiate, arbitrate and file pre-trial motions. An attorney who is skilled in pre-trial strategies will use this time to your advantage by negotiating for mitigated charges and reduced penalties, and in many cases these negotiations may eliminate the need for a trial. Sometimes, an attorney’s actions during pre-trials can even make the difference between prison and freedom.

Depending on the circumstances of your case, here are just a few examples of pre-trial motions your attorney may initiate:

Plea bargaining is a very common pre-trial practice, especially if the evidence against the defendant is particularly weighty. In a plea bargain, you agree to plead guilty to a lesser charge (accompanied by a more lenient sentence), the government agrees not to bring the case to trial. Many prosecutors (especially at the federal level) are quite open to plea bargains because it avoids the time and expense of proving your guilt in court. If your attorney feels there is a good chance of a conviction, he/she might discuss plea bargaining with you as an option to minimize the penalties you could face otherwise.

Because U.S. Attorneys spend a lot of time investigating and preparing before ever charging you with a crime, the pre-trial stage in federal cases often offers a fairly short window of opportunity for preparing a defense—which means your attorney needs to act swiftly and skillfully in response to federal charges against you. On the other hand, because the federal government actually prefers to avoid expensive court proceedings, an attorney who is skilled at plea bargaining and other pre-trial motions can greatly increase the chances that your case will not have to go to trial.

For criminal charges in most states, the pre-trial stage will follow a fairly similar pattern, but every state has a few variations in procedure and policy, and your attorney should be knowledgeable and experienced with the particulars of your state. Some states also offer certain provisions and programs that aren’t available in other states. For example, if you are a first-time offender in the state of Georgia and the crime is not serious, you may be eligible for Georgia’s Pre-Trial Intervention (PTI) program, in which you can keep your criminal record clean by going through a program of prescribed community service and counseling. Your attorney will advise you on the best pre-trial motions and strategies that apply to your case.

Our Experience with Pre-Trials

If you are charged with a crime, the quick and strategic actions of your defense attorney during the pre-trial stage can greatly increase your chances of a more positive outcome. The attorneys of the Federal Criminal Law Center are knowledgeable and experienced in both federal and state pre-trials, with a solid track record of successful pre-trial negotiations for their clients.