“How do you plead?” It’s not just a phrase we hear on popular court television programs. The defendant’s plea to the charges is a pivotal moment in any criminal court case, and can have a profound effect on the outcome. From the moment you are charged, you should be asking an experienced attorney, “What are my plea options?” The answer to that question can mean the difference between conviction and acquittal, and it can also have an effect on the severity of your sentence if you are convicted.

WHAT IS A PLEA? 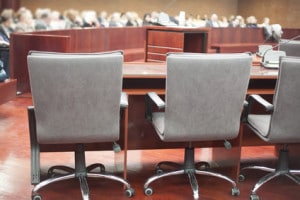 Simply put, a plea is your formal answer to the charges against you, which is written into the court documents. In our court system, you have the legal right to answer to the charges against you before trial proceedings commence. It might seem like a formality, but your plea actually determines what happens next. It’s very important that you discuss plea options with your criminal defense attorney ahead of time to determine the right plea strategy for your case.

HOW CAN YOU PLEAD?

When you’re charged with a crime, you can generally plead in one of four ways (and sometimes five):

In certain cases, your attorney may recommend negotiating a plea bargain or plea agreement. This means you agree to plead guilty to a lesser charge in exchange for leniency (usually by dropping additional charges or by reducing the sentence). This strategy can be useful if the evidence against you is strong, if there are multiple charges, or if you’re willing to cooperate with the government in prosecuting other defendants who might have been involved.

Additionally, in certain circumstances, a plea bargain or guilty/no contest plea is not necessarily the end of the road. If there is evidence that you admitted guilt under duress or coercion, or that you were not fully aware of your rights at the time, your attorney may appeal a guilty or no contest plea.

For more information and advice concerning all your plea options, contact the Federal Criminal Law Center and speak to one of our experienced attorneys.