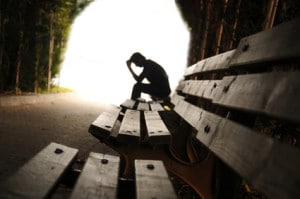 In Georgia, juvenile crimes are handled differently than crimes committed by adults. In fact, the Georgia court system even has its own subdivision process juvenile delinquency, with juvenile courts, schools and detention centers. If you have guardianship of a young person who is in trouble with the law, it’s helpful to have a defense attorney with a thorough understanding of juvenile law in Georgia, in order to help your child the best help possible.

The Juvenile Justice System in Georgia

Under Georgia law, a juvenile is any individual under the age of 17, but generally speaking, the law does not consider any juvenile under 13 guilty of committing a crime. Juvenile law recognizes two types of offenses with minors: status offenses (acts that are not a crime for adults, such as running away or truancy) and delinquent acts (acts for which an adult would be tried as a criminal). Generally speaking, the juvenile justice system in Georgia places a high emphasis on rehabilitation rather than penalizing. (When a juvenile is convicted for a criminal act, he/she is referred to as a “delinquent.”)

There are 159 courts in Georgia that deal exclusively with juvenile crimes, and the rules governing how delinquents are detained and tried is much different from those of the standard court system. For example, juveniles do not have the right to a jury trial in Georgia; the presiding judge decides the case after evidence is presented, and it’s called a “formal hearing,” rather than a trial. Additionally the state has plenty of latitude in determining how, where and when to detain a juvenile. On the other hand, juvenile offenses are expunged from the individual’s record when the juvenile becomes an adult.

When is a Juvenile Tried as an Adult?

Our Experience With Juvenile Crimes

The Federal Criminal Law Center has extensive experience in dealing with juvenile offenses, working closely with families to help them accomplish what is best for a child or teen who has gotten in trouble with the law, whether the child is in juvenile custody or is being tried as an adult. Attorney Marcia Shein not only holds a law degree, but also holds a master’s degree in counseling psychology, and her experiences as a probation/parole officer, therapist and attorney have given her a comprehensive view of the juvenile justice system and the handling of juvenile crimes. Whether your child is being tried as a minor or as an adult, we have both the expertise and the compassion needed to provide the necessary assistance and support to your child while helping families navigate the complicated waters of the Georgia court systems.