If you live in Alabama and are indicted for a federal offense, this can definitely be a scary thing; however, an indictment alone does not automatically lead to conviction or jail time. If you are formally accused of a federal offense, a good criminal defense attorney with experience in Alabama federal indictments will be able to work with you on a number of pre-trial defense strategies that may result in a reduction of the charges against you, and may even resolve the case before it ever goes to trial. 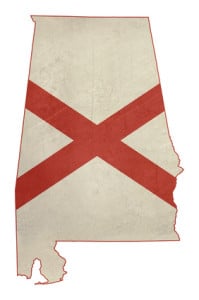 An indictment is a formal accusation of a crime handed down by a grand jury which determines collectively that there is sufficient evidence (“probable cause”) that the suspected individual committed the crime. A formal indictment is usually not needed for misdemeanor crimes, but under the Fifth Amendment to the Constitution, the federal government is required to secure a grand jury indictment for felony charges in almost all cases. This provision is designed to protect you as a U.S. citizen from being arbitrarily charged and brought to trial by the government without due cause; but on the other side of the coin, a formal indictment actually strengthens the prosecution’s case, because a grand jury majority vote adds weight to the evidence against you.

A federal grand jury consists of 23 citizens who are impaneled to consider evidence brought by the U.S. Attorney’s office. Unlike trial juries, a grand jury’s job is not to determine guilt or innocence, but rather to weigh the evidence and decide whether there is sufficient reason to bring formal charges. For this reason, in most cases, neither the defendant nor the defendant’s attorneys are involved in grand jury proceedings—the grand jury meets secretly, and jurors only hear the prosecution’s side of the story. However, grand juries also have the power to call witnesses and investigate the evidence from many angles before making a decision.

Since federal crimes are tried within the U.S. Court District where the crime allegedly occurred, Alabama federal indictments are determined by separate grand juries in each district, each of which only deliberate on cases within their respective locales. Typically, a grand jury does not meet just to consider your case; instead, grand juries in Alabama federal courts are called for a term of service lasting a minimum of 6 months, and often 18 months or longer, during which time they meet for a few days a month to consider all cases brought by U.S. attorneys within that jurisdiction.

Probable Cause and Indictment

Unlike a trial jury whose vote must be unanimous, a grand jury only needs a majority vote of 12 or more in order to indict, and only 16 of the 23 jurors need be present to constitute a quorum.  If the grand jury determines there is probable cause in your case, they will return the documentation as a “true bill,” and the indictment becomes official. If not, they return it as “no bill,” and the case will not move forward.

Our Experience with Alabama Federal Indictments

Once an indictment is handed down, you may have only a limited amount of time before your case is brought to trial—and remember, the United States Government has already been working on its case against you for months or even years, perhaps even without your knowledge. This is why it’s so important to hire a criminal defense lawyer who has both expertise in the federal courts and specific experience with the local rules of the U.S. District Court handling your case. Attorney Marcia Shein is well-versed in the process of defending against Alabama federal indictments, having appeared in all three U.S. District Courts in the state, as well as in the 11th Circuit Court of Appeals and the U.S. Supreme Court.