If you are formally indicted for committing a federal crime in South Carolina, you could be facing a difficult trial in federal court, along with hefty fines and/or prison time if convicted. However, a skilled criminal defense attorney with experience in responding to South Carolina federal indictments may be able to employ pre-trial strategies to minimize the impact of the accusation(s), and in some cases help you avert a federal trial altogether. 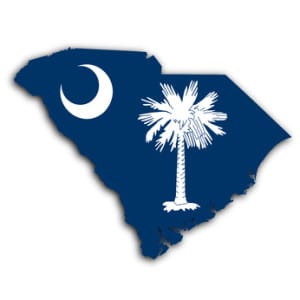 An indictment by definition is a formal accusation against you by majority vote of a grand jury. Not every crime requires a grand jury indictment; most misdemeanor offenses don’t require one, and crimes prosecuted by the State of South Carolina don’t always require a grand jury. However, the Fifth Amendment to the Constitution requires the federal government to obtain a grand jury indictment for all felony offenses. While this provides an important protection against U.S. citizens being accused and tried without just cause, it also means that by the time you are indicted, the government has already built a fairly solid case and has a high level of confidence that you committed the crime—whether or not that is actually the case.

The job of a grand jury is not to determine your guilt or innocence, but only to determine whether there is sufficient evidence (“probable cause”) to formally accuse you of the crime in question. In South Carolina, five federal grand juries of 23 citizens each are impaneled at all times by the U.S. District Court to deliberate on federal cases within their local jurisdictions: two juries meet in Columbia, and three others meet in Charleston, Greenville and Florence, respectively.  Jurors typically serve for terms of 12-18 months, and the grand jury generally meets for 1-3 days each month.

Because they are only effectively determining whether the federal government has a legitimate case against you, grand juries typically only hear evidence from the prosecuting U.S. Attorneys, not from the defense. However, grand juries also have the power to call their own witnesses and gather their own evidence. Grand jury deliberations are always done in secret.

As with all indictments at the federal level, South Carolina federal indictments only require a majority vote of 12 or more from the grand jury, and only 16 of the 23 jurors need to be present to constitute a quorum. If the grand jury votes to indict you, they will endorse the indictment as a “true bill” to make it official. If they determine there is not probable cause, they endorse it as “no bill,” preventing the federal government from pressing the charges against you.

Federal trials tend to move forward more quickly than state trials, and because you might not even realize the government suspects you of a crime until you are indicted, you may have limited time to build a defense. This is why it’s important to hire a skilled criminal defense attorney as soon as you become aware of possible charges, preferably an attorney who has experience with local rules and procedures of the U.S. District Court. Attorney Marcia Shein is experienced in responding to South Carolina federal indictments, not only arguing cases within the U.S. District Court of South Carolina, but also in the 4th Circuit Court of Appeals and even the U.S. Supreme Court.