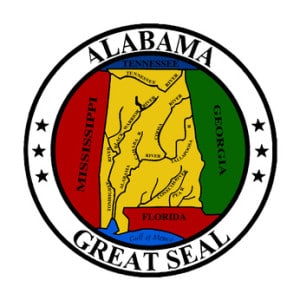 If you are charged with a federal crime within the State of Alabama, your case will be tried in one of the state courts. While Alabama federal trials follow the same general pathways as trials in other federal courts, it is advantageous to hire a criminal defense attorney with a keen understanding of the federal court system in general, and experience with Alabama federal courts in particular.

The State of Alabama lies within the 11th Federal Circuit, which also includes Georgia and Florida. The state itself is divided into three districts—Northern, Middle and Southern—and each of the three districts is subdivided into several divisions presiding over a certain number of counties, for a total of twelve U.S. District Courts throughout the state.

This structure enables the federal government to try cases in or near the locales where alleged crimes are committed, and makes it easier for the attorneys to select a jury of peers within the local area. Federal District Court judges are appointed by the President of the United States and confirmed by Congress.

How Alabama Federal Cases Are Tried

As with all federal criminal cases, Alabama federal trials are preceded by formal charges, which are only brought after federal officials have investigated the allegations against you. For felony offenses (for example, wire fraud, healthcare fraud or embezzlement), the federal government must also obtain a formal grand jury indictment against you before bringing you to trial.

After formal charges are filed, you will be arrested and arraigned, at which point you will enter a plea to the charges against you. In preparation for the trial itself, your defense attorney will be provided “discovery,” the documentation upon which federal prosecutors are basing their charges against you, in order to develop a strategy for defending you in court.

During this pre-trial phase, your attorney will also look carefully at the evidence and the strength of the prosecution’s case against you, file any appropriate pre-trial motions, negotiate for dismissal or reduction of charges if applicable, and discuss your options and odds for success. If no resolution is reached, the case proceeds to trial.

The trial itself will be held in U.S. District Court with a jury of 6-12 citizens selected by attorneys for both the prosecution and the defense. The proceedings are similar to those of state criminal trials: both sides have the opportunity to present opening statements, call witnesses, cross-examine witnesses, and present closing arguments to the jury.

The judge will give instructions to the jury, who will then retire to deliberate and decide on a verdict. While certain state courts may or may not require a unanimous decision (depending on the case and circumstances), in federal trials, jury verdicts MUST be unanimous. Otherwise, a mistrial is declared, and the trial process begins again.

If the jury returns a guilty verdict, the case moves into the sentencing phase, during which time your attorney will begin the post-trial appeals process. For Alabama federal trials, appeals are reviewed by the 11th Circuit Court of Appeals in Atlanta, GA. If your attorney can successfully show any significant errors that denied you due process during the trial, it can result in sentencing reductions or modifications, and in some cases, even overturned verdicts.

Our Experience with Alabama Federal Trials

While the overall court proceedings for federal cases are fairly uniform, each U.S. District Court in Alabama has its own set of “local rules” for procedures. Because of this, and because federal criminal trials often move forward more quickly than state trials, it’s important to hire a criminal defense attorney with prior experience with Alabama federal trials.

The law firm of Shein & Brandenburg has argued cases in federal court in all three districts in Alabama, as well as in the 11th Circuit Court of Appeals and the U.S. Supreme Court.