Once you are convicted of a federal offense, either in court or through a plea agreement, federal sentencing typically doesn’t occur until between 75-90 days later. A number of things are taking place during this time, and your experienced federal criminal defense attorney will be involved throughout the process to make sure correct procedures are followed, and that your rights are protected. 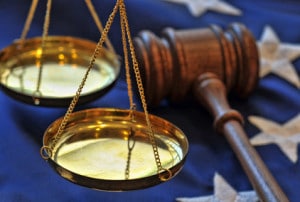 Why doesn’t sentencing occur immediately upon conviction in federal cases, as it does in many state trials? The federal government follows certain procedures to preserve due process, even if you plead guilty in court or as a result of a plea agreement. This doesn’t necessarily mean you are free during this time. For lesser or non-violent offenses, your bail may still apply, but in more serious cases, the judge may opt to place you in custody upon conviction, pending formal sentencing. If this happens, the time served usually counts toward your sentence once it is handed down.

In preparation for your sentencing, a probation officer will create a pre-sentence report (PSR) to give to the district court judge, and will interview you to obtain information for the report. The PSR will cover a number of personal topics as your prior criminal record, employment history, health, family background and other topics. Your criminal defense attorney may be present during the interview for guidance (and we recommend it), and you have the right to refuse to answer certain questions; however, the answers you give must be honest and truthful, or you could face additional charges.

Before the PSR is finalized, your attorney will be given a copy of the draft to go over with you, and you’ll be given a few days to file any relevant objections to the report. This process may seem a bit invasive, but the purpose of the PSR is to give the judge context about you and your conviction in order to determine the correct sentence, as discussed in the next section.

The United States Sentencing Guidelines (USSG) were created by the United States Sentencing Commission to establish uniform standards for federal judges when determining sentences for federal crimes. While the guidelines themselves are not mandatory, the judge typically doesn’t vary from them unless there is a significant reason to do so. The USSG basically ranks federal crimes by offense level, then cross-checks them on a chart with the defendant’s prior criminal history to establish a prescribed sentence range. This is why the PSR is so important: the federal sentencing guidelines don’t just measure the severity of your crime, but also place the crime in the context of your history.

The Sentence Hearing, and Appealing Your Sentcence

On the day sentence is to be handed down, you will appear before the judge for a sentencing hearing. This open hearing is the final opportunity for your attorney to argue for leniency before sentence is passed, and in some cases, friends and family may be permitted to speak on your behalf. If you believe the sentence is too harsh (or if you entered into a plea agreement and the sentence doesn’t honor the agreement), you have the right to appeal, and your attorney can handle this for you.

Our Experience with Federal Sentencing

Even during the sentencing process, a lot can happen to reduce the severity of your sentence, which is why your attorney should be involved with this process as much as during the trial itself. The attorneys of The Federal Criminal Law Center are well-versed in the procedures of federal sentencing, and they know how to ensure your rights are preserved throughout the process.