If you are eligible for parole, it’s important to have experienced legal counsel to guide you through the process and to help you put your best foot forward before the parole board. Likewise, if you have been denied parole, a knowledgeable defense attorney can file an effective appeal on your behalf to have the parole board’s decision reversed. 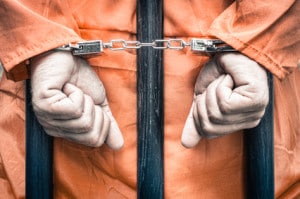 Parole is not simply release from prison; parole is effectively permission to serve the remainder of your sentence out of jail, under close monitoring by a parole officer (similar to probation, which involves no jail time). Each state has its own rules governing the parole process, but the process is similar in each state.

Generally speaking, an inmate becomes eligible for parole after serving a certain portion of his/her sentence, then appears before a parole board to present the reasons why he/she should be considered for parole. The board will consider the prisoner’s testimony, along with other considerations, such as the inmate’s behavior, personal education or accomplishments while in prison, psychiatric/psychological evaluations, interpersonal relationships, career prospects, personal recommendations and letters of support, and any pending cases. If the parole board grants parole, the inmate’s release will be processed under the terms of the parole. If not, the inmate remains in custody and may re-apply for parole after a certain amount of time.

Parole is a privilege, not a right, and the parole board can grant or deny parole at its discretion. However, the prisoner can appeal the parole board’s decision within a brief window of time. The procedure for appeal may differ from state to state.

An attorney is not technically required during parole proceedings, but the details surrounding the paperwork and the hearing itself can be confusing for some, and it may be difficult to present an effective case for yourself without help. Your chances for success can be greatly improved with proper legal representation, in helping to organize the paperwork, preparing effective arguments, and appealing the board’s decision if they deny parole.

Do you need help with your Parole Appeal?  The best thing to do is to have a conversation with us.