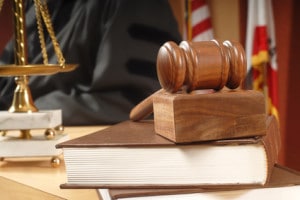 Among the many criminal trials that take place across the U.S., federal trials are actually a bit of a rarity. This is because most criminal charges are tried in state courts under state law, including many cases where both federal and state jurisdictions overlap. When you are indicted on a federal offense, therefore, it’s a safe bet that federal prosecutors have taken plenty of time investigate the allegations and to form their case against you. This is why it’s so important to hire a criminal defense attorney with plenty of experience in the federal court system.

While the basic structure of jury trials is similar for both federal and state crimes, the process of charging and trying cases at the federal level is a bit different from that of the state courts.  While each individual state has its own court structure, the federal court system maps the country into 94 individual jurisdictions, each with its own district court. Each state has at least one federal district court within its borders; most have several. (The State of Georgia is divided into three federal districts, each with its own district court.) If your federal case goes to trial, it will be tried in the district court within the jurisdiction where your alleged crime took place.

The Process Of Bringing Federal Charges To Trial

Most federal cases follow a path that includes the following stages in order:

This stage can last for months or even years, depending on the alleged crime(s). During this time, you may be contacted by government officials requesting information, but it’s possible that you will be unaware of any investigation at all until the arrest.

Unlike many states, federal laws require the U.S. government to seek a grand jury indictment for nearly all felony charges, unless the defendant waives this right. (For lesser charges or when applicable, you can be charged via paperwork filed by the prosecutor with the courts. This is called an information, rather than an indictment.)

Once the charges against you are official, a warrant will be issued for your arrest. This differs from many state cases, in which you might be arrested and even attend a preliminary hearing before being formally charged.

Once officially charged, you will be required to attend an initial hearing with a federal magistrate judge (not the district court judge, who will try your case).  You will also be arraigned at this stage, at which point you will enter a plea to the charges.

At this stage, the prosecution will release a “discovery” to your criminal defense attorney, consisting of the pertinent documentation that U.S. attorneys have used to form their case against you, so your attorney can begin developing a strategy for defending against the charges. (Discovery is essentially in lieu of formal depositions, which are not common in federal court cases.)

This is the stage at which any applicable pre-trial motions will be filed, as well as any plea bargaining. The federal government often agrees to reduced charges and sentencing in return for a guilty plea—and bear in mind that federal prosecutors have already been building a solid case—so sometimes (not always) it’s in your best interest to take a plea bargain. (Your attorney will advise you of your best options.)

Federal trials take place in the district court within the appropriate jurisdiction.

If you are found guilty of the charges, your attorney will usually begin the appeals process soon after. Appealed cases are reviewed by the appropriate Court of Appeals to ensure that you were not denied due process in the trial, or that errors did not occur that could have affected the outcome of your case. In cases where errors are found, many sentences can be reduced during the appeals process, and sometimes verdicts are also overturned.

Our Experience with Federal Trials

The Law Firm of Shein & Brandenburg, Federal Criminal Law Group, uses over 20 years of experience to help clients charged with federal crimes in Georgia and throughout the United States. We pursue success in each case we accept.