The writ of habeas corpus is one of the most important safeguards written into our nation’s laws because it is designed to protect citizens from being incarcerated without legitimate cause or due process. For that reason, it can be a critical part of the appeals process if you are convicted of a crime. 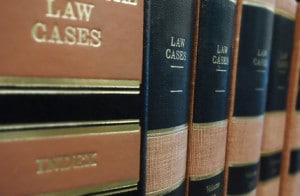 orpus is Latin for “produce the body.” A writ of habeas corpus is simply a mandate from a judge to a prison official to bring the prisoner to court in order to determine whether that person is being held lawfully. If it is shown that the prisoner has been denied due process or a fair trial, it is unlawful for that prisoner to be incarcerated. Habeas corpus petitions can be filed in both state and federal courts, depending on the original jurisdiction of the case. The federal courts can also consider habeas corpus petitions if state appeals have been exhausted, and if there is evidence that the imprisonment by the state may violate federal law.

While habeas corpus can be invoked for any potentially unlawful arrest or detention, it is most often submitted as an appeal for a convicted inmate after the direct appeals process has run its course. The prisoner (or the prisoner’s defense attorney) files a petition for habeas corpus in court, casting doubt on the legitimacy of his/her imprisonment, on the grounds that the prisoner’s right to due process and/or a fair trial were violated in the course of the court proceedings.

For the court to grant the petition, there needs to be significant evidence that the prisoner’s constitutional rights were violated at some point—for example, if there is suspicion that the jury was tampered with, or if evidence proving the prisoner’s innocence was hidden or counted inadmissible. If the court finds the claims to be without merit, the judge will deny the petition, but if significant doubts have been raised, the judge will issue the writ calling for the prisoner to appear in court for further investigation.

If during the hearing and investigation the court finds further proof that the imprisonment violates the prisoner’s constitutional rights, the prisoner must be released, regardless of guilt or innocence. (Habeas corpus does not overturn a conviction—it only questions the legality of the person’s imprisonment.)