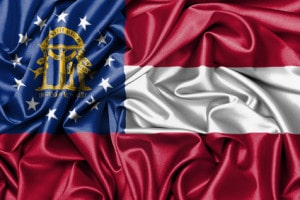 Being tried for a crime in the State of Georgia can be intimidating at best, and depending on the charges, may result in serious penalties if you are convicted. The expertise of a defense attorney with experience in Georgia state trials could make the difference between freedom and imprisonment.

The Georgia state court system is extensive, involving a vast network of different types of lower courts throughout the state to handle various types of civil and criminal issues. Above this network of courts are four state Courts of Appeal, and above these is the Georgia Supreme Court.  If the state charges you with a crime, your case will be handled by the court(s) within the jurisdiction where the alleged crime took place. For misdemeanor charges, jury trials are usually held in State Court; if you are charged with a felony, your case will be tried in Superior Court.

Elements of the Trial Process in Georgia

Every state has its own procedures for prosecuting and trying criminal offenses, and Georgia is no exception. Here’s a quick overview of what to expect with Georgia state trials.

In Georgia, you can be arrested in one of three ways: 1) When prosecutors obtain a warrant for your arrest; 2) If a law enforcement officer sees you commit a crime; or 3) a law enforcement officer has probable cause to believe you are involved in a crime. Within 48-72 hours, you will make an initial appearance in court to hear the charges against you and to determine whether you have an attorney or if one should be appointed. The judge will also set bail, if applicable. If the state cannot bring formal charges within this time, you must be released from custody.

While federal cases require a grand jury indictment for all felony charges, the State of Georgia typically reserves this requirement for “capital” felony charges (crimes that may involve the death penalty). In most other cases, the state prosecutor can have you charged by filing a formal “accusation.” Once you are charged, you will appear in court for an arraignment, where you will enter a plea to the charges. This may also happen around the time of your initial appearance, or in lieu of an “initial appearance.”

The pre-trial phase is one of the most important stages of the trial process because it is where you and your attorney will prepare your defense. This is where having a good criminal defense lawyer is crucial, because he/she will not only develop an effective defense strategy for the trial itself, but will also implement important pre-trial strategies and negotiations that may result in charges being reduced or dropped. An effective pre-trial strategy may eliminate the need for a trial altogether.

The actual court trial is the part that perhaps most people are familiar with. The attorneys select a jury (6 jurors for misdemeanors, 12 for felonies), and both sides present their side of the case in the courtroom, with opening statements, presentation of evidence, calling and cross-examining witnesses, and closing arguments. The judge instructs the jury, who retires in secret to deliberate. The jury verdict for guilt or innocence must be unanimous; if the jurors cannot come to agreement, the judge must declare a mistrial, and the process begins again.

If a guilty verdict is handed down, the post-trial and sentencing phase begins, at which point your attorney will file any appropriate appeals and post-trial motions. A guilty verdict may not be the end of the line for you—an effective appeal strategy can often result in reduced sentences and even overturned verdicts.

Our Experience with Georgia State Trials

To mount an effective defense against criminal charges, it’s important to have a defense attorney who understands the nuances and complexities of Georgia state laws and court procedures. The attorneys of the Federal Criminal Law Center in Atlanta have extensive experience in Georgia state trials, and can work with you through all phases of the trial to help obtain the most favorable outcome possible.