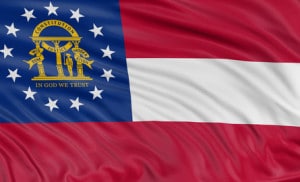 A conviction for a federal crime in Georgia is not necessarily the end of the line for you. An effective appeal can often make a huge difference in the severity of your sentence, and in some cases result in a complete overturning of your conviction, which is why you need a defense attorney who is experienced with Georgia federal appeals.

The State of Georgia lies within of the 11th Federal Court Circuit (along with Florida and Alabama), which means that cases appealed from any of Georgia’s three federal District Courts will be reviewed by the 11th Circuit Court of Appeals located in Atlanta, GA . This court does not hear new evidence, nor does it re-try the case, but rather reviews the case itself for any possible errors or negligence that may have denied you due process or unfairly affected the outcome of the trial.

Immediately upon receiving a conviction in federal District Court, your attorney should discuss your options for filing an appeal. This begins with a “notice of appeal” telling the courts your intentions to appeal the decision, which must be filed within a few days after the conclusion of the trial. At that point, your attorney will prepare a written brief detailing specific instances in which errors or negligence occurred, and how they resulted in denying you due process and/or a wrongful conviction. This brief forms the primary argument for your appeal, which is why it’s important to have an attorney with some skill in Georgia federal appeals who can write an effective brief.

The Court of Appeals consists of three justices who have been appointed by the President of the United States. In considering your appeal, the judges will review the trial documentation and the briefs filed by the attorneys. Occasionally, the attorneys will be summoned to present brief oral arguments, but most of the time the decision is made on the written documentation alone.

The Court of Appeals will rule on your appeal in one of three ways. If the judges find no evidence that the outcome of the case was affected by any error or miscarriage of justice they will affirm the lower court decision. If they see some court errors that affected the trial outcome, but not enough to overturn the case completely, they will modify the decision and remand the case back to the District Court for resentencing (which may mean reduced fines and/or jail time for you). Finally, if the appeals court deems that there was enough error to question the outcome of the case completely, they will overturn the verdict and vacate your sentence, at which point the prosecution must decide whether to initiate a new trial.

Our Experience with Georgia Federal Appeals

Because the appeals process is essentially your last chance for an overturned verdict or mitigated sentencing, it’s critical to involve an attorney with plenty of experience with Georgia federal appeals. As a member attorney in good standing with all three U.S. District Courts in Georgia (Northern, Middle and Southern), as well as with the 11th Court of Appeals and the U.S. Supreme Court, Marcia Shein has the experience and expertise you need for filing an effective appeal. (See our previous successes here.)