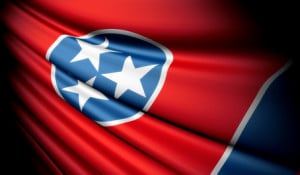 Being convicted of a federal crime in East Tennessee does not automatically mean your case is closed. The appeals process can have a great impact on adjusting your sentence and even overturning your conviction, which is why you need a defense attorney who is experienced in the ins and outs of East Tennessee federal appeals.

The U.S. District Court for the Eastern District of Tennessee is within of the 6th Federal Circuit, along with the rest of Tennessee, Ohio, Kentucky and Mission. Any cases appealed from this district will be reviewed by the 6th Circuit Court of Appeals in Cincinnati, Ohio. This court is presided over by three judges who are appointed for life by the President of the United States and confirmed by Congress. Their job is not to re-try your case, but instead to review the case itself to make sure due process was followed and that no errors occurred that may have resulted in a miscarriage of justice.

As soon as you receive a conviction in the federal District Court, your attorney and you must decide whether or not to appeal, because only a brief window of time is afforded for filing a “notice of appeal.” (This notice is not your actual appeal, but only a statement of intention.)

In filing your appeal, your attorney will submit a written brief that details the reasons for the appeal and describes specific instances in which significant errors, omissions or negligence prevented you from receiving due process. When the Court of Appeals reviews the case, your attorney may also be summoned to Cincinnati to present oral arguments—but the majority of time, the court will render a decision based only on the briefs and the court documents. (This is why it’s to your advantage to hire an attorney skilled with East Tennessee federal appeals: the written brief may be your only opportunity to present your arguments for appeal.)

The Court of Appeals generally rules on each appeal in one of three ways. If the judges find no clear evidence that any errors negatively affected the outcome of the case, they will affirm the lower court decision, and your conviction and sentence will stand. If the judges find some errors in the case that can be corrected without completely overturning the verdict, it will modify the court decision and remand the case back to the lower courts to make adjustments (this usually results in reduced sentences and fines). If the judges are convinced that the errors significantly affected due process on your behalf, they will vacate the lower court decision, meaning the verdict is completely overturned. At this point, the original trial is invalidated, and the prosecution must decide whether it is expedient to re-try your case. In cases of multiple charges, the Court of Appeals may vacate the verdict on some charges while modifying or affirming others.