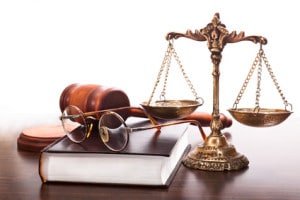 While federal indictments are less common than state criminal charges, they are certainly nothing to be trifled with. When you are formally indicted by the federal government, it is most likely for a felony, and the penalties upon conviction are likely to be more severe than if you were charged on the state level.  Even so, a criminal defense attorney who is experienced in federal court cases can employ a number of strategies to have certain federal charges reduced or even dropped—and in some cases, you may be able to avoid a trial completely.

To obtain an indictment, a U.S. Attorney or Assistant U.S. Attorney will present evidence in your case to a federal grand jury in the district where the crime allegedly occurred. Unlike a trial jury (the 6-12 individuals who are tasked with determining someone’s guilt or innocence in one specific trial), a federal grand jury consists of 16-23 jurors, and their job is only to determine whether there is “probable cause” to formally accuse you of the crime in question.

Because the grand jury is basically working for the prosecutor, usually it only considers evidence presented by the prosecution; however, grand juries may also call witnesses and gather whatever evidence they need in order to inform their decision. (Remember, their job isn’t to convict you, but effectively to decide whether a trial is warranted.)

Probable Cause And Indictment

Unlike a trial jury in which the decision must be unanimous, the federal grand jury only needs a majority vote to decide whether or not to indict you. If a majority of the grand jurors determines that there is sufficient evidence, or probable cause, to bring your case to trial, they will issue a formal indictment, at which point the prosecuting attorney will seek a warrant for your arrest.

Our Experience with Federal Indictments

Because grand jury proceedings are held in secret, you may not be aware of any pending charges until after you are indicted. This means, of course, that by the time an indictment is handed down, the prosecution has already spent quite a bit of time preparing its case against you. For this reason, it’s an excellent idea to hire an experienced federal criminal defense attorney as soon as possible after an indictment, and even sooner if you suspect an indictment might be pending.

The sooner a qualified attorney gets involved in your case, the more likely it is for you to receive a more favorable outcome. Attorney Marcia Shein is a member attorney in federal district courts throughout the southern states, and has appeared pro hac vice in many others, with a proven track record of success in pre-trial negotiations concerning federal indictments.

When you have been indicted after an investigation by a federal agency, including the IRS, DEA, ATF and SEC, the matter is serious. We can help you create a plan of action designed to achieve the best possible results.

We handle federal indictments in the following states/districts: