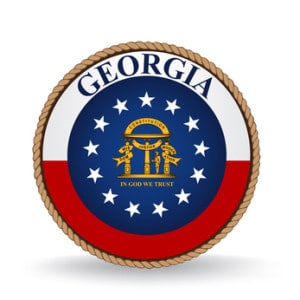 If you are indicted for a crime in the State of Georgia, you could be facing serious prison time and possibly even capital punishment if the case goes to trial. A seasoned criminal defense attorney with experience in responding to Georgia state indictments could literally mean the difference between life and death.

What is an indictment, and why is it such a serious thing in the State of Georgia? Simply put, an indictment is when you are formally accused of a crime by the majority vote of a grand jury (as opposed to simply being charged by an “accusation” filed in court by state prosecutors). While the Constitution requires the federal government to seek a grand jury indictment for all felony offenses, the State of Georgia typically reserves formal indictments for more serious crimes, and only requires a grand jury indictment for capital offenses (i.e., crimes punishable by death). This effectively means that if you are formally indicted for a crime against the state, you can believe that the charges are serious, and the possible penalties even more so—and what’s more, chances are the prosecution has been building a case against you for some time. This is why it’s critical to hire an attorney having specific experience with Georgia state indictments.

Grand Juries in The State of Georgia

In the State of Georgia, a grand jury consists of 16-23 individuals selected from a cross-section of qualified citizens within their county of jurisdiction. Unlike a trial jury, which is impaneled for the length of one trial, a grand jury will serve for a specified length of time, depending on the term of court, meeting at regular intervals to consider multiple cases.

The job of the grand jury is not to determine your guilt or innocence, but simply to deliberate on the evidence presented by prosecutors to decide whether there is sufficient evidence (“probable cause”) to indict you for the crime in question. The grand jury typically only hears evidence presented by the district attorney (usually not the defense), but may choose to call its own witnesses and gather its own evidence as well. Deliberations are done in secret after the district attorney’s office presents its evidence.

While a trial jury decision must be unanimous, a grand jury only requires a majority vote of 12 or more to approve an indictment, and only 16 of the 23 jurors must be present. If the grand jury votes to indict, they will endorse the indictment with the words “true bill.” If they decide the evidence is insufficient, they will endorse it “no bill” and the case will not move forward. In addition, if the jurors have reason to believe the accusation was completely unfounded or malicious, they can also endorse the indictment with the words “malicious prosecution,” at which point the prosecutor will be required to cover the costs for bringing an unmerited charge.

Our Experience with Georgia State Indictments

If a Georgia grand jury votes to indict you, it means the state probably already has a fair amount of evidence against you for a serious crime, with possibly severe penalties upon conviction. The sooner you involve an experienced attorney, the better your chances for a favorable outcome. Attorney Marcia Shein of the Federal Criminal Law Group has extensive experience in responding to Georgia state indictments, possessing both the expertise and the strategies needed to help you mount an effective defense.