Being charged with one or more federal offenses in South Carolina means your case will be tried in federal court, rather than in state court. South Carolina federal trials follow different procedures than trials conducted by the state; additionally, federal trials often move forward more swiftly than state trials, meaning your attorney will have less time to prepare your defense. For these reasons, it’s essential to hire a criminal defense attorney who is skilled in the nuances of federal law, and experienced with the procedures of federal court. 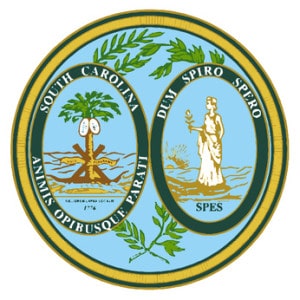 South Carolina is located in the 4th Federal Circuit, which also includes North Carolina, Maryland, Virginia and West Virginia. While the state was previously subdivided into East and West federal districts, since 1965 South Carolina has been consolidated into a single district, with federal courthouses located in the cities of Charleston, Florence, Columbia, Anderson, Aiken, Spartanburg, Greenville and Beaufort. A total of eighteen federal judges preside over cases in the District of South Carolina; these judges are appointed to lifetime terms by the President of the United States, and are confirmed by Congress. District Court decisions are appealed to the 4th Circuit Court of Appeals, located in Richmond, Virginia.

As with all federal cases, South Carolina federal trials begin with formal charges brought against the defendant by the U.S Attorney’s office. For most felony charges, such as embezzlement, tax fraud or drug conspiracy, charges can only be brought by a grand jury indictment. If you are indicted for a federal crime, a warrant will be issued for your arrest, after which you will appear in court for a formal arraignment to enter a plea to the charge(s) against you.

One of the most critical stages for most federal cases is the time between the arraignment and the trial, or the pre-trial stage. This is when your defense attorney receives the documentation from the prosecution upon which they have based the charges against you (known as “discovery”) so he/she can prepare a solid defense. A skilled federal defense attorney will be able to employ numerous strategies during this stage, ranging from pre-trial motions for dismissal to negotiating for mitigated charges. The federal government is often favorable to reduced charges and sentences in order to avoid trial, so depending on the strength of the evidence, your attorney may recommend a plea bargain agreement. Many federal cases are resolved during this stage, never actually making it to trial.

If the case moves to trial, the basic procedure is similar to that of state courts. The attorneys will select a jury of 6-12 of your peers, and the trial will be held in the U.S. District Court within the jurisdiction where the alleged crime occurred. Both sides will offer opening statements, present evidence, call witnesses, cross-examine witnesses, and present closing arguments. The jury will then retire to deliberate. In federal cases, the jury verdict for guilt or innocence must always be unanimous; if jurors cannot come to agreement, a mistrial is declared, and the process begins again.

In the event of a guilty verdict, the post-trial and appeals process will begin. If your attorney deems it appropriate, he/she will appeal the verdict to the Court of Appeals in Richmond, VA, presenting specific instances in which you were denied due process because of errors or negligence (or, if further evidence is discovered after the fact that might exonerate you, the attorney may file a motion for a new trial). The Court of Appeals does not re-try the case, but if upon review it discovers significant errors that might have affected the outcome, it may remand the case to the lower courts for modification, or even overturn the verdict completely.

It’s not enough for your attorney simply to have experience in criminal defense, or even experience in federal court. Because U.S. District Courts each have their own local rules of procedure, it’s best to hire an attorney with prior experience within the specific court district where your case will be tried. Attorney Marcia Shein understands the nuances of South Carolina federal trials, not only from her experience arguing cases in the District Court of South Carolina, but also appearing before the 4th Circuit Court of Appeals and even the U.S. Supreme Court.