From Elizabeth’s interview for the Masters of the Courtroom series on ReelLawyers.com.

If you have been convicted of a federal crime, you have the right to appeal the federal court’s decision, especially if your conviction was based upon legal errors that affected the outcome of the case. The U.S. judicial system provides recourse for those who have been wrongly convicted and/or sentenced in the form of a 3-tiered court system that allows you to appeal your case to a higher court.

The federal court system is divided into 94 districts nationwide, and federal crimes are tried in one of these U.S. district courts according to where the crime took place. Above that level are 13 U.S. circuit courts of appeals, with the U.S. Supreme Court at the top of the hierarchy.

If you are convicted in a U.S. district court, and you and/or your attorney believe the decision is erroneous or violates your legal rights in some way, you have the right to appeal the case to the circuit court of appeals overseeing that district. The appellate court consists of three judges who review the case to determine whether any legal errors were committed that affected the outcome. Appellate courts do not try cases, nor do they hear new evidence; they only review the case to make sure the law was followed. 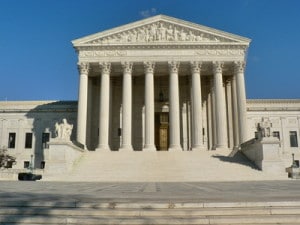 During the appeals process, your criminal defense attorney will submit a written brief attempting to convince the appeals court that legal errors occurred in your case, and at what point they occurred. Most appeals are decided based solely on the court documents and the written briefs, and if the attorneys are permitted to present oral arguments in court, their time is usually limited to 15 minutes.

Our Experience In Federal Appeals Court

Because the success of an appeal hinges mainly the attorney’s written brief, and possibly on a very short oral argument, it’s critical that you have an attorney who knows how to submit an effective appeal. Attorney Marcia Shein has been admitted to every circuit court of appeals in the U.S. (including the Supreme Court), and has won many appeals for her clients. We have successfully argued for the overturning of multiple convictions, and we have seen the length of prison sentences reduced by up to 80 percent in certain cases, all during the appeals process.