Being indicted for a federal crime in northern Florida does not automatically mean a prison sentence; however, it’s nothing to be trifled with, either. If you are indicted, your wisest strategy is to hire a criminal defense attorney with specific experience in responding to North Florida federal indictments. A quick response by a skilled and experienced defense attorney can often result in reduced charges, and even avoiding a federal trial altogether. 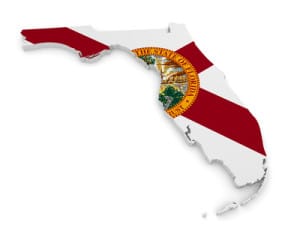 What does it mean to be indicted? Simply put, an indictment is a formal accusation delivered by a grand jury after determining that there is “probable cause” that you committed the crime in question. While the state court system in Florida only requires prosecutors to obtain a grand jury indictment for charges of first-degree murder, the federal government is required by the Fifth Amendment to obtain a formal indictment for any felony offense, whether it’s embezzlement, insurance fraud or drug conspiracy. While this protects you from the federal government bringing arbitrary charges against you, it also means that by the time you are indicted, the U.S. Attorneys have already spent plenty of time gathering evidence against you—enough, in fact, to obtain a majority vote by a grand jury to indict.

To make up a federal grand jury, 23 citizens from a local cross-section are chosen to serve for a term that usually lasts 18 months or longer. Grand juries are impaneled locally within their respective court districts to consider cases within their respective jurisdictions—which means North Florida federal indictments are handed down by a local grand jury currently seated for the Northern District of Florida. The jurors don’t meet every day, but convene at regular intervals depending on the district’s case load requirements.

Unlike a trial jury, the job of a grand jury is not to determine guilt or innocence, but only to weigh evidence presented by the prosecutors to decide whether there is sufficient evidence to accuse you of a crime. Grand juries meet in secret, and they have the power to call and question their own witnesses while investigating the evidence. However, in most cases the defendant and the defendant’s attorney do not appear.

How The Grand Jury Decides To Indict

Grand juries, unlike trial juries, do not have to be unanimous in their decisions. Only 16 of the 23 jurors need to be present for a quorum, and decisions to indict (or not to indict) require only a majority vote of 12 or more jurors. If the grand jury determines there is probable cause by majority vote, they will return a “true bill,” signifying a formal indictment. If not, they will return “no bill,” and the case won’t move forward.

Federal attorneys may spend months or even years investigating your alleged crime, and you might not even be aware of it. However, once you’re indicted, the case can move forward swiftly to trial with relatively little time to prepare your defense. For this reason, it’s critical to involve a skilled attorney as soon as possible, preferably one with specific experience with the procedures and local rules of the U.S. District Court handling your case. As a member in good standing of the U.S. District Court for the Northern District of Florida, attorney Marcia Shein is highly experienced in working with North Florida federal indictments, and can employ proven pre-trial strategies on your behalf to address the charges against you.