If you are accused of committing a federal crime in Eastern Tennessee, your trial will be held at the U.S. District Court for the Eastern District of Tennessee, rather than a state court. Because of the differences in procedures between East Tennessee federal trials and regular state trials (not to mention that federal trials usually have a faster timetable), you’ll want to hire a criminal defense attorney who is experienced in the complexities of federal criminal law and has prior experience in Tennessee federal courts. 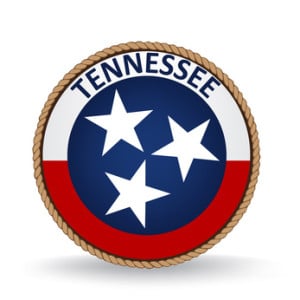 The State of Tennessee falls within the 6th Federal Circuit, along with the states of Kentucky, Ohio and Michigan. Tennessee itself is divided into Western, Middle and Eastern District Courts, and each district is subdivided into multiple divisions to oversee a certain number of counties, for a total of nine federal locations across the state. The Eastern District is subdivided into four divisions, with U.S. Courthouses located in Chattanooga, Winchester, Greeneville and Knoxville, and Knoxville serving as the district headquarters.

Federal trials are generally less common than you might think, for two important reasons. First, the Constitution requires a formal grand jury indictment for almost all felony charges, so U.S. Attorneys usually spend a lot of time with preliminary investigations—and even then, there’s no guarantee of indictment. Secondly, the federal government likes to avoid costly trials whenever possible, so it is very common for the federal courts to accept plea bargains to lesser charges.  This means that even if you are indicted, there’s a good chance your case will never make it to trial—especially if your defense attorney is particularly skilled in implementing pre-trial negotiation strategies.

When they occur, East Tennessee federal trials take place in the U.S. District Court that has jurisdiction where the alleged crime(s) took place. As with most criminal trials, a jury of 6-12 peers will be selected by the prosecution and defense. During the trial, each side presents their case to the jury through opening statements, calling of witnesses, cross-examining, presenting evidence and closing arguments. The judge then instructs the jury, who retires to deliberate on the evidence. While some state courts may not require a unanimous decision in all cases, with federal trials, the jury verdict of guilt or innocence MUST be unanimous—otherwise, the judge will declare a mistrial.

Even if the jury returns a guilty verdict, your case is not necessarily over. During the post-trial and sentencing phase, your attorney may appeal your case to the 6th Circuit Court of Appeals in Cincinnati, Ohio, presenting written briefs (and sometimes oral arguments) detailing any significant errors that may have denied you due process and/or affected the outcome of the trial. If upon review the appellate court concurs that such errors took place, your sentence may be modified, and in some cases, the verdict may even be overturned.

Our Experience In Tennessee Federal Courts

There are two things to consider with federal charges: first—federal cases tend to move forward more quickly than state cases, so you’ll have less time to prepare a defense; and second—even though the federal court system is fairly uniform, each district court has its own local rules and procedures. This is why it’s important to hire an attorney that is not only knowledgeable in federal criminal law, but also one with specific experience within your federal jurisdiction. As a member attorney in good standing of the U.S. District Court for Eastern Tennessee, Marcia Shein has ample experience with Tennessee federal trials; she has also defended clients in the other two of Tennessee’s federal court districts, as well as in the 6th Circuit Court of Appeals, and even the U.S. Supreme Court.