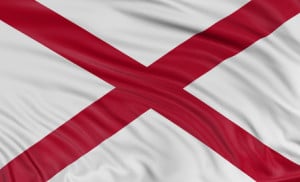 f you are convicted of committing one or more federal crimes in Alabama, that doesn’t necessarily mean your case is over. A criminal defense attorney with experience in Alabama federal appeals can have key aspects of your case reviewed by the U.S. Court of Appeals, which in many cases can result in reduced sentences and even overturned convictions. If you were denied due process at any time during the course of your trial, a skilled attorney can help restore justice by filing an effective appeal.

The federal court system is comprised 12 regional circuits across the United States, each of which is overseen by its own Court of Appeals, consisting of three judges who review the cases of the lower courts. The three U.S. District Courts in Alabama (Northern, Middle and Southern) all lie within the 11th Circuit, which also includes the states of Georgia and Florida. Thus, all Alabama federal appeals are reviewed by the U.S. Court of Appeals for the 11th Circuit, located in Atlanta, Georgia.

It’s important to understand at the outset that the Court of Appeals does not re-try the case or hear new evidence. The job of the appellate court is merely to review the details of the trial for any possible errors, omissions or negligence that might have had a significant impact on the outcome of your trial, and to remedy these errors where they occur. The decision of the Court of Appeals may also be appealed to the U.S. Supreme Court, although this usually only happens if the case involves a Constitutional question, and the Supreme Court hears chooses to hear cases at its own discretion. So for all intents and purposes, the decision of the appellate court is usually final.

The appeals process usually begins immediately after conviction, as there is usually only a limited window of time after conviction for certain appeals to be filed. If you are convicted in an Alabama federal District Court, your attorney will begin by filing a “notice of appeal” expressing to the courts your intention to appeal the decision. This is followed by the appeal itself, submitted to the Court of Appeals in Atlanta, consisting of a written brief detailing the specific instances of legal error or negligence that denied you due process or illegitimately affected the outcome of the trial. Your attorney may also be summoned to give a brief oral argument in front of the appellate court judges; however, the majority of appeals are decided by the written briefs alone. Thus, it’s critically important that the brief be written flawlessly, because it may be the only opportunity for the attorney to convince the judges that your disputes are legitimate.

After the appeals court judges in Atlanta have reviewed your appeal (which may take some time), they will generally rule in one of three ways. They may affirm the lower court’s decision, upholding your verdict and sentence; they may modify the sentence or the decision, remanding the case back to the District Court in Alabama to make the appropriate corrections; or they may vacate the decision completely, effectively overturning the verdict and the sentence, at which point the U.S Attorneys must decide whether it is expedient to retry your case. (It is not considered “double jeopardy” if your case is retried because the Court of Appeals is not deciding your guilt or innocence, but simply determining that your first trial was invalid.)

Our Experience with Alabama Federal Appeals

To appeal a conviction effectively, it’s important to hire an attorney with extensive experience with the rules and procedures of the federal Courts of Appeal. Attorney Marcia Shein is not only highly experienced with the U.S. District Courts in Alabama, but also in presenting effective written and oral arguments in Alabama federal appeals with the 11th Circuit Court. Take a look at our track record of successful appeals here.