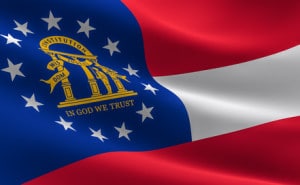 If you are convicted at trial in the State of Georgia, it doesn’t automatically signal the end of your case, nor do you have to be resigned to the verdict or the sentence. A defense attorney with experience in Georgia state appeals can employ post-trial appeals strategies that can result in reduced sentencing and even overturned verdicts.

Appealing a Verdict in Georgia

Despite all attempts to guarantee a fair trial and due process for the defendant, errors inevitably occur in state trials, either by the prosecution or the judge, and occasionally both. Sometimes these errors result in a miscarriage of justice, negatively affecting the outcome of the trial. If you and your attorney believe this has happened in your case, you have the right to appeal the decision of the lower court to the Georgia Court of Appeals.

The Court of Appeals in Georgia consists of a total of 12 judges overseeing four divisions or circuits across the state. All criminal case appeals are reviewed by at least three of these judges. It’s important to understand that the appellate court does not actually question the verdict, re-try the case or hear new evidence—its job is only to review the case to make sure no errors occurred which may have denied you due process. While the appeals court ruling is usually final, in some cases an unfavorable decision can be appealed to the Georgia Supreme Court for the final word.

When your defense attorney files an appeal, he/she will submit a written brief detailing the specific instances in which errors or negligence occurred, and giving specific reasons why these errors negatively impacted the decision or denied you your rights under law. Sometimes, the Court of Appeals will summon the attorneys to present oral arguments, but many times the judges will make a ruling based solely on the briefs and the trial documents.  (This is where an attorney experienced in writing briefs for Georgia state appeals may work to your advantage, because the brief may be your only chance to present your side of the case).

The Decision of The Court of Appeals

Upon review, the Court of Appeals will generally issue a ruling in one of three ways. If the judges feel there is insufficient evidence of court error, or that these errors had no profound impact on the court decision, they will affirm the verdict. If they identify court errors that affected the outcome but which were not significant enough to negate the entire trial, they will make specific corrections to modify the court decision, and remand the case back to the lower court to implement the corIf you are convicted at trial in the State of Georgia, it doesn’t automatically signal the end of your case, nor do you have to be resigned to the verdict or the sentence. A defense atrections. If there is significant reason to believe the errors truly violated your rights or denied you due process, the appellate judges will vacate the lower court decision and overturn the verdict, opening the door for a new trial (if the prosecution deems it expedient).

Our Experience with Georgia State Appeals

After a conviction, an effective appeal is essentially your last chance to turn the outcome of the trial in your favor, which means you shouldn’t take chances with an inexperienced criminal defense attorney during this stage of the process. As a member attorney in good standing with the Georgia Court of Appeals and the Georgia Supreme Court, Marcia Shein understands the complexities behind Georgia state appeals and has the experience required to appeal your case to receive the best possible outcome.