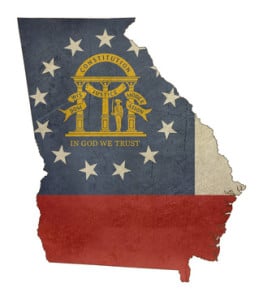 If you are accused of committing a federal offense in the State of Georgia, your case will be tried in the federal court system, rather than by the state, and you could be facing hefty fines and prison time if you are convicted. However, a skilled defense attorney with prior experience in responding to Georgia federal indictments may be able to respond quickly during the pre-trial phase, implementing strategies that can result in reduced penalties and/or dropped charges, and perhaps even resolving the case before it makes it to trial.

An indictment is a document from the government formally accusing you of a crime after deliberation by a grand jury. Each state has its own policies for when a grand jury indictment is needed (a formal charge without an indictment is simply called an “information” or “accusation”); however, at the federal level, the Fifth Amendment to the Constitution prohibits the government from charging you for a felony offense without a grand jury indictment. This protection ensures that the government can’t harass its citizens with frivolous charges or bring them to trial without just cause. On the other hand, it also means that by the time you are indicted, federal prosecutors likely already have a solid amount of evidence against you to support their claim.

Every indictment begins with a grand jury. Unlike a trial jury that determines your guilt or innocence, the job of the grand jury is only to determine whether there is sufficient evidence (i.e., “probable cause”) to accuse you of a crime.  A federal grand jury consists of 23 citizens impaneled by the U.S. District Court to deliberate in secret on cases within the court’s jurisdiction. This means that Georgia federal indictments are determined within each of Georgia’s three federal districts (Northern, Middle and Southern) by grand jurors who live in that particular district. While trial juries are impaneled only for the length of a trial, grand juries typically serve terms of 12-18 months, meeting regularly (usually monthly) to deliberate on multiple cases.

Because grand juries only deliberate on whether someone should be formally charged for a crime, they are not required to hear both sides, and they usually don’t—in fact, they basically work for the U.S. Attorney’s Office. That said, the grand jury has the power to call its own witnesses and collect evidence beyond what the prosecution presents to them.

Grand jury decisions do not have to be unanimous; the jury can vote to indict, or not indict, by a simple majority of 12 or more—and only 16 jurors need to be present to constitute a quorum. If the jury agrees with the prosecution that you should be formally charged, they will return the documentation as a “true bill,” and a warrant will be issued for your arrest. If they determine the evidence is insufficient to indict, they return the case with the endorsement “no bill,” and the case will not move forward.

Our Experience with Federal Indictments in Georgia

Whether you have been indicted for drug conspiracy, cyber crime, identity theft or any other federal crime, it’s important to obtain legal counsel as soon as possible, preferably from an attorney with prior experience within the federal court district where you are being charged. There are two key reasons for this: first, federal trials tend to move forward quickly after indictment, meaning you have limited time to mount a defense; and second, each U.S. District Court has its own local rules, and an attorney familiar with these rules will be able to process your case more effectively. As a member attorney in good standing with all three of Georgia’s federal court districts, Marcia Shein has both the experience and the expertise to respond quickly and effectively to Georgia federal indictments, and can implement a personalized strategy to defend your case.