Motion for a New Trial

A common and effective way to appeal an unfavorable verdict is to file a motion for a new trial. Winning this appeal can give you another chance for exoneration, and even if the motion is denied, your attorney can use the motion as a way to add new evidence to the court record for future appeals. 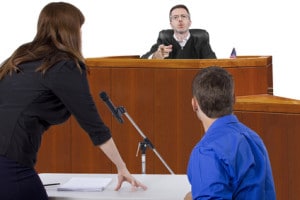 Reasons to File a Motion for a New Trial

There are three common instances in which the courts will consider a motion for a new trial:

In most cases, a motion for new trial is submitted to the judge who presided over the first trial. If the judge agrees that your right to a fair trial may have been compromised based on the grounds presented, he/she will declare a mistrial and grant the motion for a new trial. If the trial judge declines the motion, you have the right to appeal the decision, at which point the appellate court will review the motion. Either way, it’s common practice to file a motion for new trial upon conviction because it can strengthen the record of argument, and therefore your position for the remainder of the appeals process.