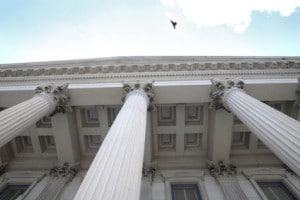 No matter who you are, the word “indictment” can invoke a certain amount of fear. It means you’re being formally charged with a crime (usually of a serious nature), one that can result in hefty fines and/or prison time if you are convicted. However, there is a huge difference between being indicted and actually being convicted, and with effective legal counsel, many indictments can be resolved, or the penalties minimized, before your case even goes to trial.

What is an indictment, exactly? Simply put, it’s a formal accusation delivered by a grand jury which claims you committed a crime—most often a felony—and that the jury believes there is enough evidence to prosecute your case court. It’s important to understand that you can be charged with a crime without being indicted. Misdemeanor charges don’t generally require a formal indictment, and in many states, the prosecutor doesn’t even need an indictment to have you charged with a felony (in this case, it’s typically called a complaint). However, if you are indicted, it means a grand jury has already considered the evidence against you and has determined by majority vote that the prosecution should move forward in trying your case. This naturally means that an indictment carries a bit more gravity than a complaint.

The rules for indictment are different for each state, as well as for the federal government, but the basic process is the same. When the state or federal prosecution suspects you of a crime warranting an indictment, the prosecutor will present the case and all evidence to a grand jury consisting of 16-23 citizens. Unlike a trial jury, the grand jury doesn’t typically hear evidence or testimony from the defense, but instead meets in secret to consider the evidence (and sometimes witness testimony) presented by the prosecution, to determine whether the evidence is sufficient to warrant formal charges. If the grand jury decides there is probable cause to accuse you of the crime, they will issue a formal indictment. At this point, a warrant will be issued for your arrest, and arrangements will be made to bring your case to trial.

While laws concerning indictments are different for every state, the federal government must obtain a formal indictment in order to try you for most felony offenses. In federal cases, a U.S. Attorney or Assistant U.S. Attorney will present evidence against you to the federal grand jury in the federal district where the crime allegedly occurred. Because U.S. attorneys typically have fewer cases than state or local prosecutors, they usually have more time to spend on each case, and therefore usually have a pretty good amount of evidence to present to the grand jury. For that reason, it is far more common than not for the grand jury to hand down an indictment.

All 50 states have provisions for grand jury indictments for felony offenses, but indictments are actually required in less than half of them. In state cases, prosecutors often have the option of filing an information or complaint directly with the court, usually after the suspect has already been arrested; in these cases, a preliminary hearing usually takes the place of the grand jury proceeding in deciding whether to bring your case to trial. In situations where state prosecutors utilize a grand jury, the process works similarly to that of the federal government.