If you are facing federal charges related to CCE and RICO statutes, you may be at risk of paying huge fines and up to life imprisonment. These are extremely stiff penalties, especially if you are innocent of the charges. The Law Firm of Shein & Brandenburg knows the complexities of these laws and can represent your interests in court, doing everything possible to make sure you receive fair treatment under the law.

The Difference Between CCE and RICO

The Continuing Criminal Enterprise Statute (abbreviated CCE) and the Racketeer Influenced and Corrupt Organizations Act (RICO) are two complex federal laws specifically designed to target organized crime. While often considered together in a legal setting, they are different in scope. The CCE Statute focuses specifically on large-scale drug trafficking operations consisting of 5 or more people, providing harsh sentences for convicted leaders or supervisors of these operations. RICO, on the other hand, covers a broader scope of crimes related to racketeering (for example, murder, extortion, illegal gambling, embezzlement, drug trafficking and more), specifically enabling the government to prosecute leaders of criminal organizations for the same crimes they assign others to commit. Both CCE and RICO were designed to hold the heads of organized crime to higher accountability; however, in recent years, the interpretation of RICO has been expanded to try leaders of other organizations in which ongoing criminal patterns have been detected, including Major League Baseball and even the Catholic Church.

RICO is an act that specifically prohibits organized crime activities/racketeering such as money laundering, conspiracy, embezzlement, fraud, illegal gambling schemes, bribery. It targets individuals working at the top tiers of criminal organizations. RICO can also include prostitution, labor violations and drug crimes. However, more and more drug crimes are being handled through the continuing criminal enterprise (CCE) statute.

Unlike RICO, CCE targets only one area of alleged criminal activity: illegal drugs. By focusing on the leadership of drug rings, the statute targets drug traffickers who are alleged to be responsible for elaborate, long-term conspiracies to commit felony drug crimes, including counterfeiting, dealing drugs and illegally dispensing prescription drugs.

Defending Against CCE And RICO Charges 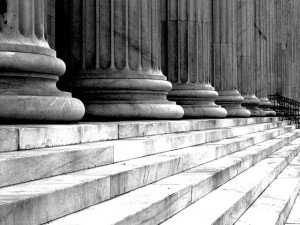 for a larger number of crimes, the penalties for violating these laws can be particularly severe. RICO provides for up to 20 years in prison per count; CCE mandates a minimum of 20 years per count, up to life imprisonment, along with fines up to $2 million. Needless to say, these are not charges to be handled lightly, as conviction on a single count may affect your entire future. Our expert criminal defense attorneys know the boundaries of these laws, as well as what may and may not be considered as evidence. We will investigate all aspects of your case, advise you of your rights and your options for dealing with the charges (including, if applicable, plea bargains), and go the extra mile on your behalf to defend your case aggressively in court.

Allegations of Racketeer Influenced and Corrupt Organizations Act (RICO and Continuing Criminal Enterprise (CCE) are serious charges. Conviction brings substantial prison sentences and exorbitant fines in addition to significant negative media exposure. If you believe you are under investigation or, especially, if you have been charged, you need a defense attorney immediately.