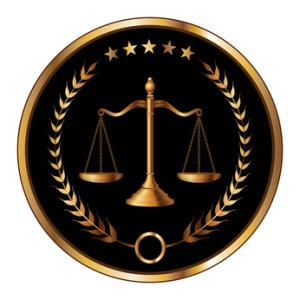 When a state uses a grand jury to consider indicting you (either by requirement or by election), the process remains fairly similar to that of the federal court system. A grand jury may consist of anywhere from 12-24 local citizens, and the prosecutor will present evidence for the grand jury to consider whether there is sufficient evidence to warrant a formal accusation. Generally speaking, no indictment is required to charge you for a misdemeanor; state indictments typically apply to felony charges.  The grand jury does not need a unanimous vote in order to indict, but it may require a simple majority, two-thirds majority or three-fourths majority, depending on the rules of the jurisdiction.

In states where formal indictment is more optional, the state attorney’s office may still opt to enlist the help of a grand jury, especially if no arrest has yet been made, as this may strengthen the prosecution’s case. (An indictment tends to streamline the progression of a court case.) In cases where the prosecutor prefers to bypass the indictment process, he or she will file a document called an “information” or “accusation.” The court then initiates a preliminary hearing, in lieu of a grand jury, to determine probable cause. (This often gives the defendant a chance to refute the accusations, which does not happen in a grand jury situation.) If the judge is convinced that there is sufficient reason to prosecute, the defendant will be bound over for trial, the same as if a formal indictment had been handed down.

Here in the State of Georgia, a grand jury indictment is not required in many cases, but it is still the norm for most felony charges, with a few exceptions.  A grand jury in Georgia consists of 24 people, 16 of whom must be present in order to confirm an indictment.  Grand juries meet in secret, serve for varying lengths of time and meet at varying frequencies, depending on the jurisdiction.

After the prosecuting attorney introduces the case to the jurors, the attorney or the jury itself may call witnesses as deemed necessary to investigate whether the charges warrant an indictment. After reviewing the evidence, the grand jury votes. If at least 12 jurors believe there is probable cause, the jury foreperson will write “True Bill” on the official indictment, meaning the indictment is now official, and preparations will be made to bring the case to trial. With fewer than 12 votes, they will write “No Bill.”  As an additional check-and-balance, if the jurors believe the charges were completely without merit, they may endorse the No Bill as “Malicious Prosecution,” which makes the initiator of the charges responsible for court costs to that point. (This deters the wholesale accusation of innocent people without just cause.