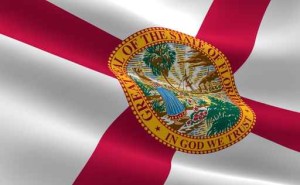 Being convicted of a federal crime in northern Florida is not necessarily the end of the line. With the assistance of a skilled attorney experienced in filing north Florida federal appeals, you may be able to remedy instances of legal errors and negligence that frequently occur in these cases, resulting in possible mitigated sentences and even overturned convictions.

The U.S. District Court for the Northern District of Florida lies within the 11th Circuit of the federal judicial system. As such, appeals from this court district are reviewed by the three presiding justices of the Circuit Court of Appeals in Atlanta, GA to verify that the laws were properly followed in the trying of these cases. In federal criminal cases, the Court of Appeals does not re-try the case or hear new evidence, but instead reviews the case itself for significant legal errors which may have denied the defendant due process or caused a miscarriage of justice.

The decision whether or not to appeal should be made as soon as possible after conviction because in most instances there is only a brief window of time to file a “notice of appeal” with the courts. If you and your attorney can identify specific aspects of the case in which significant errors occurred, an effective appeal may reverse these errors and change the outcome of the case.

Your appeal primarily consists of a written brief filed by your attorney with the Circuit Court of Appeals, detailing specific instances of error or negligence and the reasons why these instances may have negatively affected the verdict. In rare occasions with north Florida federal appeals, the prosecuting and defense attorneys will be summoned to Atlanta to present oral arguments; however, in most cases, the judges will render a decision based only on the written briefs and the court documents themselves. (This is why it’s so important to hire an experienced appeals attorney who can prepare an effective written brief.)

The Decision of The Appeals Court

After appeals are filed, it may take some time before the review is completed. The Court of Appeals typically rules on the case in one of three ways. If the judges are not convinced that significant errors took place, they will affirm the decision of the U.S. District Court. If they agree that some errors occurred, they may call for a modification of specific parts of the court decision (for example, overturning the verdict on some charges while affirming others), remanding the case back to the Northern Florida District Court to adjust sentences accordingly. If the appeals court agrees that there is significant reason to invalidate the entire case, they will vacate the entire court decision. At this point, you are effectively cleared of your conviction unless the federal government decides a new trial is in order.  (“Double jeopardy” is not a factor here because the Court of Appeals is neither declaring you innocent or guilty—it is simply declaring the first trial invalid.)

An effective appeal of a federal court verdict can have a significant impact on the severity of your sentence and/or the size of your fines, and may even make the difference between freedom and imprisonment. Your best chance at a successful appeal lies with hiring an attorney with plenty of experience and a solid track record with federal appeals. As a member attorney in good standing with the U.S. District Court for Northern Florida—as well as the 11th Circuit Court of Appeals and the U.S. Supreme Court—Marcia Shein understands the nuances and complexities of north Florida federal appeals, with an impressive track record of successful appeals to back up her experience.