From Elizabeth’s interview for the Masters of the Courtroom series on ReelLawyers.com.

Fraud conspiracy—better known by its legal terminology as conspiracy 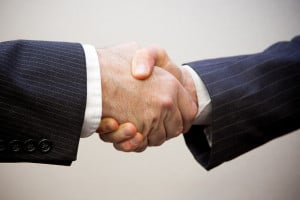 to commit fraud—is a separate and distinct crime from fraud itself. While charges of fraud (such as mail fraud, wire fraud or health care fraud) deal specifically with attempting to defraud someone, conspiracy deals more with the intention or agreement of two or more people to engage in fraudulent activity. If an individual acts alone to commit fraud, he cannot be charged with fraud conspiracy, but if two or more people are in on the fraud, they may be charged with conspiracy to commit fraud in addition to the fraud charges themselves. (It is also possible to face fraud conspiracy charges without going through with the fraudulent act.) If convicted of conspiracy, you may face fines and prison sentences similar to (or in addition to) those penalties assessed for fraud.

Defending Against Conspiracy To Commit Fraud

Because conspiracy to commit fraud is basically a crime of intention, the courts must prove that 1) you intended to commit the crime, whether or not it actually happened; and 2) you were co-conspiring with at least one other person to commit the crime. On the other hand, without proper legal representation, it can also be more difficult to prove your innocence when it comes to intention. Our criminal defense attorneys understand these complex issues when it comes to the law and can use these ambiguities to your advantage in mounting a defense. We will conduct a thorough investigation, advise you of your rights and options, and defend your interests from the pre-trial preparation all the way through the trial (and sentencing, if applicable). Possible defense strategies may include providing evidence that you were unaware of any conspiracy and therefore couldn’t have participated in it; that you abandoned the conspiracy before any crime was committed; or that the resulting actions would not have constituted a crime (legal impossibility). If the resulting action is not a crime, the conspiracy is not a crime, either.

Federal fraud charges can cause people to feel confused and powerless. A charge is a life-altering event for not only the person accused, but family and loved ones as well. But if you have been charged with fraud in Georgia or federally throughout the United States, we can help guide you through the muddy waters of the legal system.

What is Fraud and Money Laundering?

The United States government views fraud as the art of deliberate deception for unlawful gain. The term “white-collar crime” is often used to describe a full range of fraud crimes committed by individuals, businesses and government professionals.

Charges of money laundering are often related to fraud and drug charges. Money laundering is the practice of engaging in unlawful financial transactions to conceal the identity, source or destination of money.

When Does a Conspiracy Exist?

Not Members of the Conspiracy

The proponent of the evidence must prove that your client and the declarant knew of the conspiracy, purposefully associated themselves with it and affirmatively cooperated in it, or at least agreed to cooperate in the objective of the conspiracy. United States v. Cox, 942 F.2d 1282 (8th Cir. 1991), cert. denied, 117 L.Ed.2d 520, 112 S.Ct. 1298 (1992); United States v. Braidlow, 806 F.2d 781 (8th Cir. 1986); United States v. Casperson, 773 F.2d 216, 221 (8th Cir. 1985). Mere knowledge of the existence of a conspiracy or mere presence or association with individuals engaged in illegal conduct is not sufficient to establish that a part knowingly contributed efforts in furtherance of a conspiracy and thus participated in a conspiratorial agreement. Casperson, 773 F.2d at 221; United States v. Soto, 716 F.2d 989 (2nd Cir. 1983) (mere presence, even with knowledge that a crime is being committed there, is not sufficient to establish that defendant was a member of the conspiracy).

Statement Not Made in Furtherance of the Conspiracy

A conspirator’s casual comments to people, whether outside or inside the conspiracy, would not meet the “in furtherance” requirement if they merely inform the listener of the declarant’s activities. Id. at 992, citing United States v. Provenzano, 620 F.2d 985, 1000-01 (3rd Cir.), cert denied, 449 U.S. 889, 66 L.Ed.2d 129, 101 S.Ct. 267 (1980). In Snider, the court found that a co-conspirator’s statements to an individual outside the conspiracy merely describing a marijuana-growing farm were not sufficiently “in furtherance of” the conspiracy to qualify for admission under the co-conspirator exception to the hearsay rule. Similarly, in United States v. Bibbero, 749 F.2d 581 (9th Cir. 1984), cert. denied, 471 U.S. 1103, 85 L.Ed.2d 847, 105 S.Ct. 2330 (1985), the Ninth Circuit reversed the defendant’s conviction when it concluded that a comment by a co-conspirator attributing the ownership of the marijuana to the defendant was not made in furtherance of the conspiracy. “To come within the co-conspirator exception, the evidence must indicate that the statement furthered the common objectives of the conspiracy…’mere conversation among the conspirators’ is not admissible.” Id. at 583-84.

Statements consisting of narratives of past activities or statements that are mere “puffing” are not in furtherance of the conspiracy and should not be admitted. Compare United States v. Fielding, 645 F.2d 719 (9th Cir. 1981) with United States v. Lieberman, 637 F.2d 95 (2nd Cir. 1980). Statements that merely “spill the beans” about a conspiracy are not in furtherance of the conspiracy. United States v. Blakey, 960 F.2d 996, 998-99 (11th Cir. Ga. 1992). See also United States v. Means, 695 F.2d 811 (5th Cir. 1983) (government witness testified that, while he was driving a bank president to a meeting with the defendant, the president said that the meeting concerned the bank’s application for a new branch and that the defendant would use his influence for them to obtain the charter in exchange for $25,000; held the testimony was inadmissible because the statements were mere “idle conversation” not intended to further the conspiracy).

The character and effect of a conspiracy cannot be judged by dismembering it and viewing its separate parts, but only by looking at it as a whole. United States v. Patten, 226 U.S. 525, 57 L.Ed. 333, 33 S.Ct. 141 (1913). Multiple conspiracies may involve certain parties common to all the conspiracies, but their distinguishing feature is that they lack an overall goal or common purpose; rather, each agreement has its own distinct illegal end, or “separate adventures of like character.” Kotteakos v. United States, 328 U.S. 750, 769, 90 L.Ed. 1557, 66 S.Ct. 1239 (1946) (multiple conspiracies found in violation of the National Housing Act).