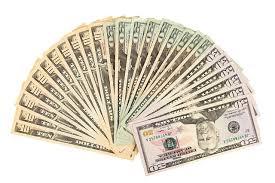 In its simplest and most common definition, money laundering is the practice of taking funds gained from illicit activities and running them through a series of transactions to make them look like they came from legitimate sources. In other words, it’s the process of making “dirty” money look “clean” (hence the term ‘laundering’). In a broader sense, though, money laundering can also be considered as any practice that seeks to conceal the source, identity and destination of funds (as in cases of tax evasion).

What is “dirty” money? Simply put, it’s money attained by illegal means or as a result of illegal activities. Drug traffickers, con artists, and terrorist organizations, for example, all have “dirty” money that needs to appear clean. White collar crimes such as embezzlement, insider trading and tax evasion also generate “dirty” money. To launder the money, these criminals typically take three steps:

Money laundering is often referred to as a “victimless” crime because no individuals are directly hurt as a result of transferring money from one location to another. However, this isn’t altogether true. International organized crime outfits and terrorist organizations rely on money laundering for nearly all their funding, and these have long lists of victims. And with hundreds of billions of dollars being laundered every year, this practice also affects the integrity of government financial systems. In short, money laundering potentially victimizes everyone.

Money laundering is considered a felony federal offense, especially if transactions cross state lines. Individual states also have laws against money laundering. If you are suspected of laundering, you may face multiple charges on different levels. Penalties for these charges depend on the severity and extent of the crime, and can range from probation to stiff fines ($500,000 or more at the federal level) and prison sentences of a year or more. If the money laundering is connected with terrorist activity, prison time can be up to 35 years.

If you’ve been suspected or accused of money laundering, you need expert legal counsel to guide you through it. For the best legal advice and representation in this and other matters, contact the Federal Criminal Law Center today at 404-633-3797.