From the Masters of the Courtroom series on ReelLawyers.com.

Cyber crimes, in any of its various forms, is a serious federal offense that can result in hefty fines and imprisonment. If you’ve been charged with this crime, it’s important to have an experienced criminal defense attorney to represent your interests and improve your chances for acquittal. The attorneys at the Federal Criminal Law Group understand the nuances and complexities of the law and have an excellent track record for defending cases such as yours.

Cyber crimes, sometimes referred to as computer fraud, is a broad term that refers to the use of computer 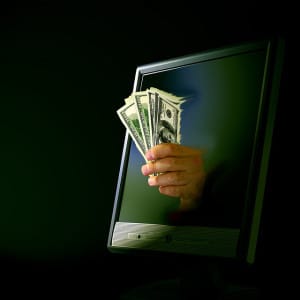 technology to cause loss or denial of service to individuals, companies or governments. Internet fraud is a type of cyber crime, but this crime does not have to involve the Internet. Also, other types of fraud (like wire fraud or mail fraud), cyber crimes encompass more than just deceiving to defraud someone of money or property. It can also include specific invasions that cause denial of service or result in the altering of data, among other things. Cyber crimes often occurs in tandem with other crimes such as wire fraud, mail fraud, identity theft, money laundering and others, resulting in multiple charges.

Specific examples of cyber crimes may include:

These and other examples of computer fraud are federal crimes, punishable with fines of up to $250,000 and up to 20 years in prison for conviction on a single count.

If you are suspected of computer fraud, you need an experienced attorney to get involved with your case as soon as possible to reduce the chances of conviction. One of our criminal defense attorneys will thoroughly investigate the circumstances surrounding your alleged crime, inform you of your rights and your options under the law, and develop an aggressive defense on your behalf. We have many proven strategies that may work in your favor, from pre-trial mitigation of the charges to effective court defenses to post-trial appeals and negotiation of reduced sentences. We are with you every step of the way to represent your interests and protect your rights under the law.

There are obviously many different kinds of sex-related crimes, but the realm of Internet sex crimes deals specifically with the use of the Internet to commit those crimes. Examples may include:

Contrary to public belief, the Internet does not provide a person with 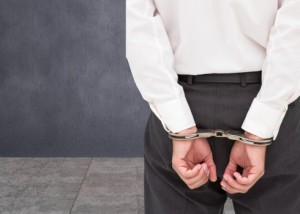 anonymity. Each action leaves a cyber-trail of evidence that investigators may be collecting quietly against you months before you even realize you’re under suspicion. For this reason, charges of Internet sex crimes can be quite difficult to defend. However, despite the trail of evidence, it is possible to be wrongfully charged for these crimes; for example, having child pornography on your computer does not mean you put it there, or even that you were aware of its presence. Our criminal defense attorneys understand these issues, and they can mount an effective defense against sex crime charges. We’ll investigate all aspects of your case, give you expert advice as to your rights and your options (such as plea bargaining and negotiating mitigated charges), defend your case aggressively if it goes to trial, and even work on post-trial strategies such as appeals and reduced sentencing if conviction occurs.

With the increasing popularity of the Internet, instances of Internet fraud have become more and more common. More common too, is the federal government’s investigation and indictment of Americans for alleged Internet crimes.

Federal allegations of involvement in Internet crime are serious and must be handled seriously. Our cyber crime defense attorneys provide effective criminal defense for people accused of a wide range of Internet fraud and computer crimes in federal courts:

When the federal government alleges that you have been involved in Internet fraud, it is common for your home and computer files to be searched. As your defense attorneys, part of our job is to make sure that a warrant was obtained prior to the search, that the warrant was valid and that the scope of the search was within the bounds set by that warrant.

If the search and seizure of your property was done illegally, we may be able to keep evidence that could potentially be used against you out of court. However, the best results in federal Internet fraud cases are obtained by starting early. It is to your advantage to call us for a confidential consultation about Internet fraud as soon as possible.