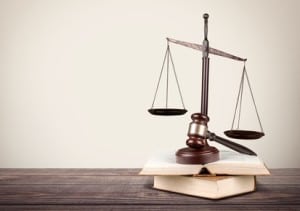 In previous articles we have explored what Miranda rights are and the exceptions that apply. In this article we will discuss an example of Miranda rights that were breached and then brought to the Ninth Circuit Court of Appeals.

What Is Considered A Routine Booking Question?

The following conversation took place at 2:30 a.m. at a county jail outside of a holding cell:

Deputy sheriff: So sorry to disturb you at this late hour, Mr. Gilton, but we at the county jail are committed to ensuring that your stay here is a pleasant one, free of midnight shankings and so forth. Are you by any chance a member of the Fillmore/Central Divisadero Playas gang?

Mr. Filson: Yeah, I hang out there, put me where I’m from.

The previous conversation took place after Gilton had been at the jail for hours and was retrieved from his holding cell. As we stated in a previous article, booking questions are usually an exception to the Miranda rights rule. This is because they are routine and are intended to collect basic identifying information and ensure the safety and security of all people in jail. Usual questions include, name, address, date of birth, and current use of drugs and alcohol. Often times, routine booking questions can include whether the person is affiliated with a certain gang.  These are permissible when they are intended to ensure the safety of the person and others in the jail. It would be harmful to place people who are in rival gangs alongside one another.

However, when the intention strays from safety to eliciting information, the exception to the rule may no longer apply. This admission by Gilton was then used to support a (RICO) charge, in which his gang was identified as the “enterprise.” Gilton argued to the district court that the eliciting of this incriminating statement without a Miranda warning violated his right to be free of compelled self-incrimination. The district court agreed and granted Gilton’s motion to suppress the statement

But the government appealed the suppression under 18 U.S.C. 3731. This statute states that the government may appeal to the appellate court from an order of a district court suppressing a statement in a criminal proceeding. The Ninth Court then affirmed the District court’s decision.  In doing so, they used the “objective totality-of-the-circumstances test.” Using such, a reasonable officer would have known that his question was likely to elicit a response that would be incriminating. This test is objective and therefore it does not matter that at the time of the questioning Gilton had been charged with murder and not gang-related charges. The booking exception does not apply here since the question was so likely to elicit incriminating information.   There was also no basis for invoking the “public safety” exception because the questioning occurred hours after Filson arrived at the jail and had already been locked in a holding cell.

If you believe that your Miranda rights have been breached, please contact the attorneys at Shein & Brandenburg. Our team is well experienced in all areas of Miranda rights and can discuss your specific case to ensure that your rights are protected.