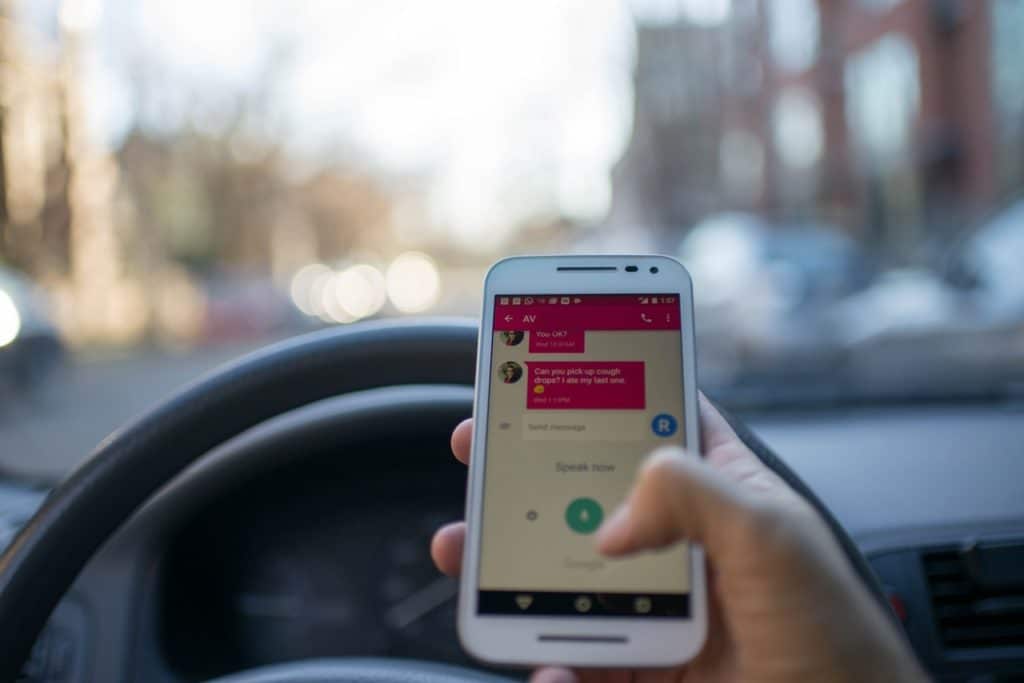 Similar to many states, Georgia law prohibits texting while driving. The law states that a driver may not operate his or her vehicle “…while using a wireless telecommunications device to write, send, or read any text based communication, including but not limited to a text message, instant message, e-mail, or Internet data.” This law was intended to protect the safety of drivers, passengers, and the community at large, and many would argue that it has been successful in that respect. Some would even say that they have been accused of texting, but were not. This would be a part of illegal police accusations.

In United States v. Paniagua-Garcia, the defendant, Gregorio Paniagua-Garcia, was prosecuted for possession of a large quantity of heroin located in his vehicle. As the case states, Paniagua was pulled over because the police officer “saw that the driver was holding a cellphone in his right hand, that his head was bent toward the phone, and that he ‘appeared to be texting.’”  However, Paniagua maintains that he was not texting and even stated to the officer during the incident that he was simply looking through his phone for music. After Garcia was issued a warning for the offense of texting while driving, the officer asked if he could search the car to which Garcia consented.

Police officers may make a traffic stop when they have probable cause to believe that the driver has violated a traffic law. Next, probable cause exists when an officer reasonably believes that a driver committed a traffic offense. A stop and search can be reasonable even if the defendant did not actually commit an offense as long as the officer reasonably believed that an offense occurred. This analysis first examines what facts the officer knew at the time he or she stopped the vehicle and then determines whether a reasonable officer could conclude that those facts amounted to a violation of the law.

Illegal Police Accusations Can Be Fought

On appeal, Garcia argued that “the act of holding a cell phone, looking at a the cell phone and even operating the touch screen does not create a reasonable suspicion that the operator of a moving motor vehicle is violating,” the law against using wireless telecommunications while operating a motor vehicle.

The Court ruled that the government failed to establish that the officer had probable cause or a reasonable suspicion that Paniagua was violating the no-texting law. In reasoning this conclusion, Judge Posner explained, “The officer hadn’t seen any texting; what he had seen was consistent with any one of a number of lawful uses of cellphones. The government presented no evidence of what percentage of drivers text, and is thus reduced to arguing that a mere possibility of unlawful use is enough to create a reasonable suspicion of a criminal act. But were that so, police could always, without warrant or reasonable suspicion, search a random pedestrian for guns or narcotics…A suspicion so broad that [it] would permit the police to stop a substantial portion of the lawfully driving public…is not reasonable.”

If you believe that you have been illegally searched, please contact the experienced attorneys at Shein & Brandenburg. Our team will work to examine your specific case and whether or not your rights have been violated.  If so, we will work diligently to ensure that justice is served.