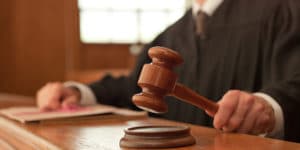 The American system of government is based on the idea of “checks and balances.” As a whole, the U.S. government is composed of three branches – the executive, the legislative, and the judicial – each of which has a set of abilities that checks the powers of the other branches, creating balance in the government.

One of the most integral ways that the judicial branch checks the power of the executive branch is through the process of habeas corpus.

What is Habeas Corpus?

Habeas corpus is a specific appeals process that is unique in several ways.

Typically, if you get convicted of a crime and are put in jail, you can appeal your conviction in numerous ways. For example, you can challenge the court’s jurisdiction to convict you, you can appeal the admission or exclusion of evidence, or the jury’s verdict, or even the judge’s conduct.

If these do not work, however, and the appellate court affirms your conviction, you still have the opportunity to file a habeas corpus appeal. Unlike the earlier appeals, it does not challenge your conviction. Instead, it challenges your confinement, claiming that, even if the conviction were proper, you should still not be held in custody. This is why habeas corpus has the name that it does – “habeas corpus” is Latin for “they have my body.” Literally speaking, filing a habeas corpus action is demanding the judicial branch to look into why the executive branch is holding you prisoner.

Why We Have Habeas Corpus

Even though it is often considered a last resort by defense attorneys, only to be used after all other appeals have been exhausted, the possibility of habeas corpus provides defendants everywhere with the opportunity to appeal their detention directly to the U.S. courts. Because habeas corpus appeals are rarely used, and are rarely successful, it might seem like they do not serve much of a purpose. However, this is far from the case.

While in current practice, habeas corpus appeals are only a small part of our criminal defense system, in theory they are integral in preventing the executive branch from becoming too powerful. By allowing a process by which detainees and other prisoners can demand that the courts review their case, the executive branch is presented with a huge obstacle to overcome, if it tries to overstep its bounds. This has become especially clear in wartime when the executive branch and the military try to reach as far as they can to protect the safety of all Americans. Unfortunately, they often imprison citizens, in violation of their constitutional rights.

Habeas corpus appeals are a crucial part of our criminal justice system, and provide an important method to appeal your imprisonment. However, the habeas corpus process is a difficult one. Having attorneys by your side who understand how the process works is often the difference between failure and success. Contact the attorneys at the Federal Criminal Law Center, if you are interested in pursuing a habeas corpus petition.