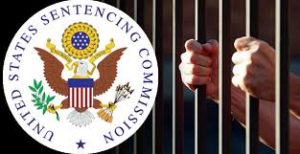 In the 1980s, the United States went through a phase in its criminal justice system that we are still dealing with today. Back then, police, prosecutors, and other law enforcement officials got the ear of prominent politicians and the public, and convinced people that we had to be “tough on crime.” New laws were passed and sentences for existing crimes were raised and made more extreme.

One of the things that concerned this new “tough on crime” movement was the influence that judges had in the courtroom. Judges were able to see individual crimes, consider the unique aspects of each and every one, and hand down sentences that were meant to be solutions for each individual problem. Sometimes, though, these unique solutions seemed lenient, and the “tough on crime” movement passed a law, the Sentencing Reform Act of 1984, to prevent judges from doing this.

The Sentencing Reform Act of 1984

The big reason why the Sentencing Reform Act got passed by Congress was because lawmakers did not like how different defendants charged with the same crime could be put in jail for widely different prison terms. Of course, the reason for this disparity was that judges were able to see that, for some people, jail was not the best answer, and would issue a sentence that relied on other punishments. However, lawmakers noticed only the lack of uniformity in the jail sentences received, and that some of them seemed very lenient, and set out to fix that by enacting the Sentencing Reform Act.

Out of the entire Act, the biggest and most influential parts of it were the Federal Sentencing Guidelines. These guidelines compute an acceptable range of jail terms for certain convictions.

The Federal Sentencing Guidelines work by looking at the crime that the defendant has been convicted of, the defendant’s past criminal history, and any aggravating factors that were involved in the crime.

The conviction results in a base offense level under the Guidelines. These range from 1 to 43, with 1 being the least serious. This base level is then raised or lowered depending on any “adjustments,” like whether the crime was committed with a firearm.

After the base offense level is adjusted, prior criminal history is accounted for. A point system is used for any prior offenses, based on the length of jail time those offenses carried.

When all is said and done, the final offense level and the point system for prior offenses are used in the Sentencing Table to determine the range of prison terms that you can face.

If you have been charged with a federal crime, then the sentence that you could face can be determined using the Federal Sentencing Guidelines and the Sentencing Table. However, fully understanding how each of these works is something that often takes an attorney to explain, because of how nuanced each process can be. If you are facing federal charges, contact the attorneys at the Federal Criminal Law Center online for legal representation.