If you’ve been unfairly convicted of a crime or received a harsh sentence, that verdict or sentence is not necessarily the final word on the matter. The court system provides you with a number of options for appealing your conviction or your resulting sentence, from direct appeals to a higher court to a number of post-trial motions. When an appeal is successful, it can often result in reduced sentences or even overturned convictions. An experienced criminal defense attorney is always the best person to advise you on your best options, but as an overview, here are the top five reasons why it might be appropriate to appeal your case. 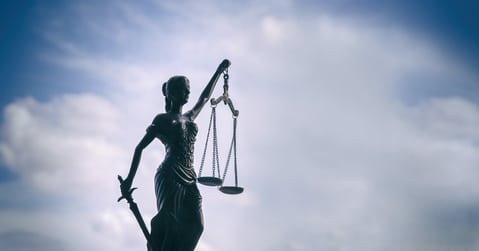 In the complex court systems, mistakes are inevitable. Some mistakes obviously have no bearing on the outcome of your case, but there are times when errors or acts of negligence on the part of the court or the prosecution can cause a questionable verdict. If you or your attorney suspect that the outcome might have gone differently had the error not occurred, that is a legitimate reason to appeal.

As a defendant, you have a right to “due process” under the law, meaning everything must be done according to procedure to protect your rights. However due process can be disrupted due to acts of misconduct by those involved in your case. For example, the police sometimes violate search-and-seizure rules when gathering evidence against you; the prosecution might improperly handle evidence; or a juror might fail to follow the judge’s instructions. If misconduct on the part of the police, the prosecutor, the jury or even the judge could have affected the verdict, you have legitimate grounds for appeal.

It is not uncommon for a convicted defendant to receive a sentence that is unfairly harsh given the circumstances of the case. This can happen for a number of reasons—for example, the judge didn’t properly review the pre-sentence report for mitigating factors, or perhaps the judge had a bias that could be proven by prior actions. Your attorney may have many options after sentencing for appealing on your behalf to revisit or modify your sentence.

While the appeals process itself does not consider new evidence in your case (it only reviews the existing documentation for errors), sometimes new evidence emerges after the fact that could have exonerated you. When this happens, the attorney may appeal by filing a petition for a new trial.

Under the law, the government cannot detain you or imprison you without just cause. If you were unjustly convicted and sentenced to imprisonment because of errors, negligence, misconduct or other factors that resulted in a miscarriage of justice—and if other forms of appeal do not correct these injustices—your attorney may file a petition for habeas corpus directly challenging the legality of your imprisonment.

Every court case is different, and ultimately a skilled attorney is the best person to advise you of your options and odds for success in appealing a conviction or sentence. To learn more, contact the Federal Criminal Law Center today.