In 2012, while driving along a Nebraska highway, Dennys Rodriguez was pulled over for a police traffic stop by an officer who noticed him veer briefly onto the shoulder. After checking his license and registration, the officer issued a written warning, instead of letting him go, the officer (who had noticed a strong scent of air freshener in the car) asked Rodriguez for permission to walk his drug detection dog around the vehicle; Rodriguez refused. The officer called for backup and continued to keep Rodriguez at the scene, and around 8 minutes later, let the dog sniff the car anyway. On the second pass, the police discovered methamphetamine. Despite defense attorneys’ petitions to suppress evidence on the grounds of unlawful search and seizure, Rodriguez was later convicted and sentenced to prison. 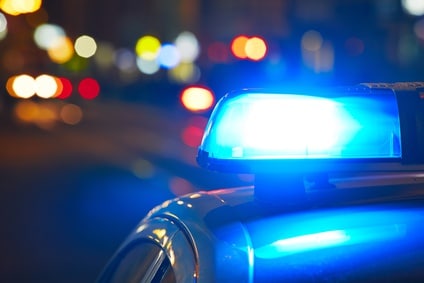 Attorneys for Rodriguez appealed, contending that the officer violated the defendant’s Fourth Amendment rights by extending the traffic stop for reasons other than the initial traffic violation and conducting an unreasonable seizure. In April 2015, in the case of Rodriguez v. United States, the U.S. Supreme Court agreed, overturning Rodriguez’ conviction and holding that “absent reasonable suspicion, police extension of a traffic stop violates the Constitution’s shield against unreasonable seizures.” In other words, unless there is “reasonable suspicion” of other criminal activity, the traffic stop should only last long enough to resolve the mission for which the stop was conducted.

In light of current news events that have shone the spotlight on instances of police abuse and overreaching, the Court’s decision was hailed as a victory to limit police authority. However, from a legal standpoint, this decision potentially raises more questions than it answers. For example, if the strong smell of air freshener in the car was not enough to generate “reasonable suspicion,” what then constitutes “reasonable suspicion?” And perhaps more importantly, when it comes to police traffic stops, how long is too long?

In the case of Rodriguez, it’s apparent that the attorneys understood the ambiguity of “reasonable suspicion” might work against the defendant, and so chose to highlight the additional 7-8 minutes Rodriguez was held after the officer issued the warning, arguing that the issuing of the warning should have concluded the traffic stop. However, there is plenty of precedent in the other direction—plenty of other court cases in which extending the traffic stop 15-20 minutes for dog sniffs was not considered unreasonable (e.g., Nash v. State, State v. Thompson). What makes this case different from those? And what precedent does it set for the future?

How Long is Too Long?

If anything, the case of Rodriguez v. United States shows us that despite the protections afforded by the Constitution, the enforcement of those protections can often be a complex process which may or may not work in the favor of the defendant. This is a key reason why it is so important to have a good attorney in your corner whenever you are accused of breaking the law (whether by a police traffic stop or otherwise), and especially if you suspect unlawful seizure has occurred. For more information, contact the Federal Criminal Law Center today.