In a ruling with obvious far-reaching implications, on January 12, the United States Supreme Court ruled that the method of sentencing for capital punishment in the State of Florida is unconstitutional—specifically, a violation of the Sixth Amendment—as reported by the Washington Post. 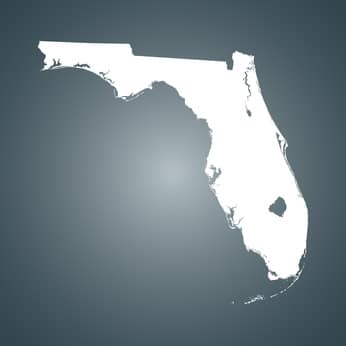 The origin of this case (Hurst v. Florida) dates back to 1998, when Cynthia Harrison was found murdered in the walk-in freezer of a Florida restaurant. Timothy Hurst was charged and convicted of first-degree murder, a capital offense in the State of Florida. During a secondary hearing, he was sentenced to death. The Florida Supreme Court vacated Hurst’s death sentence for unrelated reasons, but during his re-sentencing in 2012, the judge again sentenced Hurst to death.

The issue in question, however, is the structure by which Florida administers the death penalty. Under Florida state law, the death penalty can only be handed down through a secondary procedure, in which the jury plays an “advisory” role, recommending the death penalty by majority vote. The judge then makes the final determination. In their appeal of the sentence, Hurst’s lawyers contended that this method of sentencing violates the Sixth Amendment to the Constitution (which includes the right to a jury trial) because the jury only plays an advisory role in an effectively enhanced sentencing process, leaving too much power in the hands of the judge. The appeal made its way to the U.S. Supreme Court.

In their 8-1 decision, the Supreme Court justices drew upon precedent from another case, Ring v. Arizona, in which the Court ruled that a similar sentencing structure was unconstitutional because the judge, not a jury, was weighing the facts leading to a death sentence. The Court agreed with Hurst and vacated his death sentence.

In relaying the opinion of the Court, Justice Sotomayor wrote the following: “We hold this sentencing scheme unconstitutional. The Sixth Amendment requires a jury, not a judge, to find each fact necessary to impose a sentence of death. A jury’s mere recommendation is not enough.”

The effects of this decision remain to be seen, but aside from the State of Florida restructuring its sentencing policies, this verdict could easily result in the revisiting of many other cases in which defendants were sentenced to death in a similar manner. The aftermath of this case will be worth watching closely.