The United States Supreme Court heard oral arguments this week in the case of Luis v. United States, a controversial, widely-discussed case that could have a profound impact on how the Sixth Amendment is interpreted.

As the Washington Post relates, Sila Luis (the president of a healthcare provider) was indicted in 2012 on federal charges of fraud, alleging that she had defrauded Medicare of more than $40 million. Luis has yet to be convicted of any crime, but in the meantime, the federal government has frozen all her assets, including those admitted to be “un-tainted” and unrelated to her alleged criminal activity. In response, Luis sued the federal government, claiming that freezing assets unrelated to the charges was preventing her from obtaining counsel for her defense, in violation of her rights under the Sixth Amendment to the Constitution. 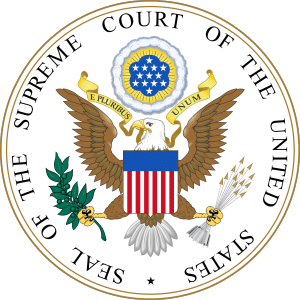 The Sixth Amendment deals with the rights of defendants accused of a crime, which includes the right to a speedy, public trial by jury, as well as the right to the “Assistance of Counsel” (i.e., a defense lawyer). In the event that the defendant cannot afford to hire an attorney, a public defender is appointed. However, the implication is that the defendant should have the right to choose an attorney if he/she has the means, and Luis’ contention is that she could hire her own attorney if her assets had not been frozen by the government. Hence the lawsuit.

It has been common practice for the government to freeze a defendant’s assets in criminal cases involving fraud, and as long as the prosecution provides a reasonable explanation, it usually goes unchallenged, even if the funds are not considered “tainted” or obtained by the commission of the alleged crime. Often, the government justifies this action on the assumption that those funds could be used to recover the value of the alleged fraud if the defendant is convicted. The question that this case now presents to the Supreme Court is whether this practice actually deprives the defendant of his/her Sixth Amendment rights to hire an attorney. The judges will effectively have to weigh whether Luis’ right to choose and pay for her own counsel outweighs the right of the government to forcibly recover losses incurred by fraud, especially if the defendant hasn’t yet been convicted of the crime.

The justices of the Supreme Court are expected to decide the case in May 2016. It will be interesting to see what impact their decision will have on future cases.