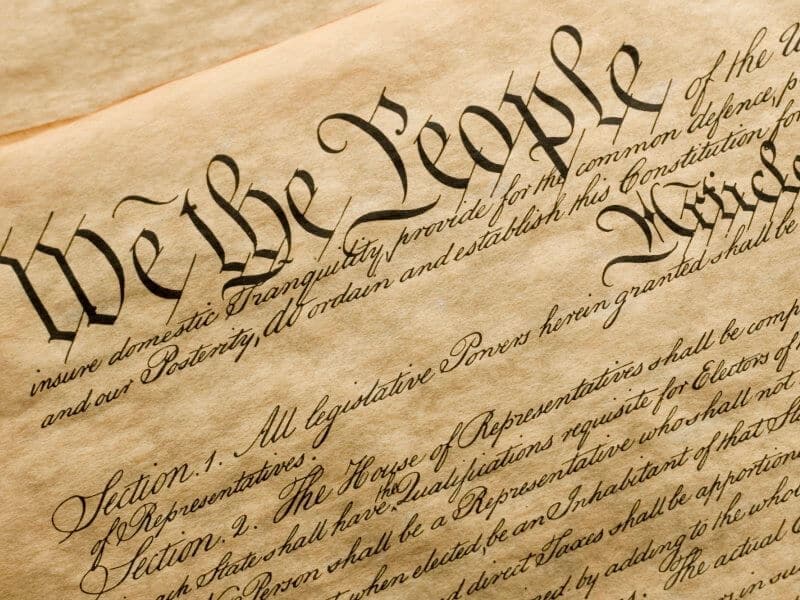 The exclusionary rule states that illegally-obtained evidence and statements obtained through an illegal interrogation, in violation of the Fourth, Fifth, or Sixth Amendment of the United States Constitution, are inadmissible at the criminal trial of a person whose rights were violated. In basic terms, the illegally obtained evidence cannot be used against the defendant. The rule applies to criminal cases and not civil cases. In order for this rule to be invoked, the violation must have been of the defendant’s rights and not someone else’s. However, like any other rule, exceptions do apply. If an exception is met, then the evidence will be admitted into the case.

The Constitutional Basis of the Exclusionary Rule

Application of the exclusionary rule is based on several United States Constitutional amendments, which include the following:

The History of the Exclusionary Rule

The 1914 case of Weeks v. United States was a landmark case that laid down the basis for the exclusionary rule. The case involves Fremont Weeks, who was believed to have transported lottery tickets through the mail in violation of the Criminal Code. In response, law enforcement arrested Weeks and searched his office. Based on this evidence, Weeks was convicted. During a subsequent appeal, Weeks argued that the court had violated his Fourth Amendment right to be protected from illegal searches and seizures. In its subsequent decision, the Supreme Court of the United States ruled that the search and seizure of Weeks’ home violated his Fourth Amendment rights. In its majority opinion, the court held that the illegally seized evidence constituted “fruit from the poisonous tree.”

In 1949, the Supreme Court held another landmark exclusionary rule case: Wolf v. United States. The petitioner in this case was convicted by a state court of conspiring to commit illegal abortions. The petitioner appealed and argued that his Fourth Amendment constitutional right to be free from illegal searches and seizures was violated and that any evidence used against him violated the Fourth Amendment. The Supreme Court of the United States subsequently held that due process is not denied when evidence obtained through an illegal search and seizure is admitted by a state court for a state offense.

As a result of Weeks and Wolf, forms of the exclusionary rule existed in several states for many decades. In 1961, however, the rule was extended throughout the country and gained popularity among criminal defendants as a potential defense.

That is because in 1961, the United States Supreme Court heard the case of Mapp v. Ohio. This case arose from the decision of Ohio law enforcement to enter Mapp’s home without her approval. Instead, law enforcement was acting on a tip that a bomb was located inside of Mapp’s residence. While law enforcement did not find a bomb, pornographic material that had been left by a prior tenant was seized. Consequently, Mapp was arrested because possession of pornography was a crime in Ohio then. Following a conviction, Mapp argued on appeal that the warrant was fake and that law enforcement’s decision to enter the home without justification violated Mapp’s constitutional right. The Supreme Court ruled in favor of Mapp.

Exceptions to the Exclusionary Rule

If you have been convicted of a crime and believe that the exclusionary rule applies to your case, in order to prevent evidence from being used against you, please contact the attorneys at the Federal Criminal Law Center. Our dedicated team will analyze your case, and if evidence was illegally obtained, we will work to exclude it from your case.