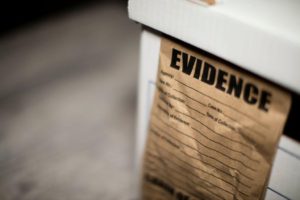 Yet again, a police force in Massachusetts is reeling after its internal procedures have been found to be not only subpar, but so deplorable that criminal sanctions are not out of the realm of possibility.

Problems in the Evidence Room of the Braintree Police Department

In May of 2016, the police chief of the town of Braintree, Massachusetts, Russell W. Jenkins, suspected that his evidence room was not being overseen properly. He organized for an audit to be conducted by an outside company, Narcotics Audit Solutions, to make sure that the evidence room was handling everything properly. If they were not, it would have a drastic impact on the quality of the evidence being presented at trial, and could result in unfair prosecutions.

Suspicions heightened when Bruce Gordon, of Narcotics Audit Solutions, interviewed Braintree police officer Susan Zopatti on May 13, 2016. She was the officer who oversaw the inner workings of the evidence room. Less than a week after her interview with Gordon, Zopatti committed suicide.

The audit into the Braintree Police Department’s evidence room quickly found that things were horribly wrong. Evidence was not logged correctly, was tampered with, or was downright missing. Some pieces of evidence that were listed as destroyed were found intact, while other pieces that were supposed to be on the shelf of the evidence locker were found to have been destroyed. Some documents, which were supposed to be in a filing system, were found in the evidence locker, alongside physical items like bicycles and other tangible evidence of crime. Drugs were kept in heat-sealed bags, but many of these were found to have been cut open.

The audit released its findings on Wednesday, September 14, 2016. At that point, it had found that 4,709 pieces of narcotics evidence, to be used to prosecute drug crimes, were missing. 2,500 pieces of physical property were also unaccounted for, including $407,989 in cash. Worryingly, the audit identified either 60 or 70 firearms that were missing from the evidence lockers at the Braintree Police Department, as well. Some of the evidence has since been recovered, but most of it is still at large.

The evidence issues found by the audit have forced the prosecutors to drop numerous charges, particularly drug charges, in the Braintree area. Prosecutors are revisiting all of the drug charges that had been filed during Zopatti’s time in the evidence room.

This is just one example of how the inner workings of law enforcement agencies can have a huge impact on your experience in the criminal justice system. Many things happen out of sight and behind the scenes, but can nevertheless carry great weight in how the prosecution pursues the charge against you. Unfortunately, it often takes a highly-skilled criminal defense team to see mistakes being made in these situations. That is why you should contact the Federal Criminal Law Center for legal representation if you are facing a charge for a federal crime.