The recent death of a homeless man in Denver while under police restraint is raising new questions over the validity and safety of law enforcement restraint tactics, the Greater New Orleans Times-Picayune is reporting.

According to reports, the inmate in question had been arrested and jailed for trespassing and began struggling with police during a psychotic episode. Five sheriff’s deputies subdued the 112-pound man by holding him to the floor facedown—a common restraint technique. During the episode, according to the medical examiner, the man died under restraint by suffocating on his own vomit—a scenario known as “positional asphyxia.” This is just the latest in a string of similar instances in which people with extenuating medical or mental conditions have perished while being restrained facedown by police, causing new speculation as to whether the technique is being overused, or used in an unsafe manner. 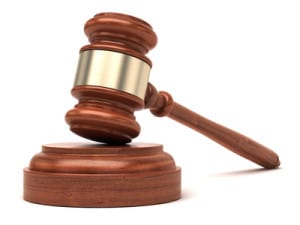 Prone restraint has widely been considered a safe and effective method for controlling someone who is actively resisting police. But with certain individuals, the manifestations of sickness or mental illness may be confused for resistance. If police mistake it for a struggle, or if the person remains prone for too long, the situation may turn deadly for the person in custody.

Regarding the inmate who perished in Denver, the District Attorney is standing with the deputies involved and will not file charges, claiming that the use of force was necessary and that other factors contributed to the inmate’s death. However, other law enforcement agencies are already beginning to reexamine the use of this restraint technique, acknowledging that the longer an individual remains in the prone position, the greater the risk. The Department of Justice has actually been warning law enforcement of the dangers of this technique for years, advising officers only to keep the suspect facedown until handcuffs are applied.

As these questions continue to keep law enforcement issues in the spotlight, obviously the best defense against the use of deadly force is not to resist arrest. However, for the sick and mentally ill who have less control over their faculties, this option may be less apparent. At the very least, this issue underscores the fact that while the majority of law enforcement officers are well-intended, there are times when the safety and rights of the suspect are not automatically protected. It will be interesting to see how this controversy continues to unfold.

If you have been arrested recently, and if you feel you have not been properly treated while in custody, a skilled defense attorney is the best person to help protect and defend your rights moving forward. For an initial consultation, contact the Federal Criminal Law Center.