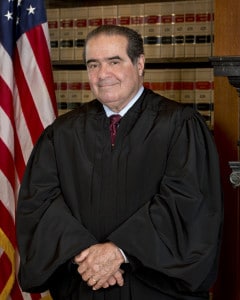 As if things were not uncertain enough in the political landscape so far this year, the country lost an icon this week with the unexpected passing of Supreme Court Justice Antonin Scalia at age 79, leaving a vacancy on the bench of the United States Supreme Court during an election year. Of course, what is being most talked about is the upcoming partisan fight as President Obama will seek to appoint a replacement, while members of the Republican-led Senate are already vowing to block and stall the appointment until after the election.

But from a legal perspective, the death of Scalia presents an even more pressing question in terms of how the Supreme Court can operate, and how much power it can wield at a critical time. Scalia, an outspoken and often controversial conservative, leaned the High Court slightly toward the conservative side with a 5-4 majority; with his death, the court is equally split with four justices leaning liberal, and four leaning conservative. Needless to say, this means the next appointee to the Supreme Court could have far-reaching implications for the future as to how the Constitution is interpreted moving forward—hence the intense political battle already heating up in Congress. But how does the High Court function in the meantime?

WHAT HAPPENS IF THERE IS A TIE?

With Scalia’s absence, the probabilities are high that the Court could land in a 4-4 tie on some key upcoming cases, including cases regarding abortion rights, affirmative action and others. If this happens, the law says the ruling of the lower court in each case will stand by default, but the Court cannot extend the implications of that ruling across the other states. In other words, the ruling only applies to the circumstances surrounding the case, and cannot set a precedent for future rulings nor alter the law in other situations. This sets up a confusing situation for the future where the law is applied differently in different situations, for which it might require another lawsuit at a later time to resolve the Court’s stance.

WHAT DOES THE FUTURE HOLD?

Obviously, the best way to resolve potential impasses within the Supreme Court is for a new justice to be appointed and sworn in as quickly as possible, in order to prevent the possibility of a tie. However, the probability of this happening is very slim unless President Obama puts forth a candidate that draws high bi-partisan support. If things remain as they are throughout the year, chances are that many of the important cases on the Court’s docket this year will not have far-reaching impacts on the laws of the land.